While we wait for the weekend to really start, shall we enjoy some top quality funny tweets together? Let’s.

friend: how are things?

me: things are good!

narrator: things were not good

We all heard that in the Arrested Development voice, yeah?

Behold the art of subtlety.

We want this for you so so bad oh wow.

This is the code I try to follow. Sometimes I forget not everybody else does. pic.twitter.com/9k1ZkzdpDo

Everyone be more like Mara Wilson. Except Mara Wilson, you can stay the way you are.

“I have coupons but I left them at home” pic.twitter.com/AZ55CLKfCg

If only we could reply with more gifs in our nightmare retail jobs.

HOLY SHIT you guys, go to https://t.co/u4Qy8aSXkv and consequently BOW DOWN before Hilary’s web people.

*rubbing eyes with amazement and wonder*

It’s only once you’re a little older and wiser that you realize the “one that got away” was a jean jacket you left at a guy’s house in 2003.

Still have dreams about that jacket tbh.

Math problem:
Q: Eden has 10 frozen pizzas. She eats 8. What does she have now?

A: Depression. Eden has depression.

the only text I ever want to receive tbh pic.twitter.com/MoV4l5Fr5U

Hold on to that friend and never let go, Carly!!!

Stop pretending Cinderella had a happy ending. She ended up with a guy who threw a party so women could audition to be his wife.

Charming might as well have had a bathing suit competition. SMDH.

In case ur wondering if sexism is real, we say “leaked nudes” instead of “stolen property.”

Yeah team everybody to go Leslie Jones’ Twitter and tweet her some love, ok??? We have to take care of each other.

Worth the wait, but also worth making fun of.

Me for the rest of the day: pic.twitter.com/GBMlmP7TeT

This joke just made us 20% smarter, thank you.

When you’re trying to do you and tweet but annoying boys are all up in your mentions. pic.twitter.com/zHWk73mqnc

Need we remind you tools that kitty got claws???

Me, re-reading that email pic.twitter.com/0gw6VPCfyY

Oops, looks like we’ll never stop laughing at this. 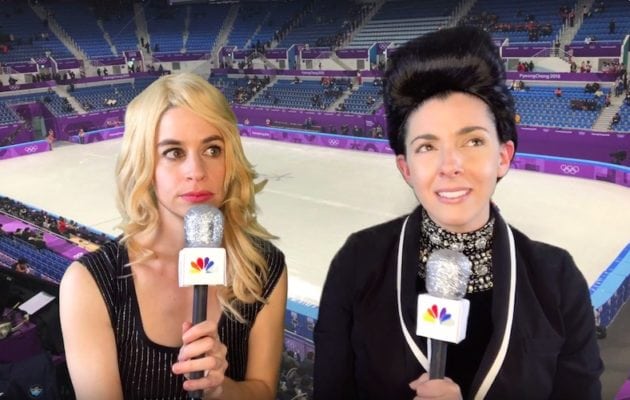