Ok so in case you were under a rock last night, the Emmys were 100% about the women this year. Veep took home the award for best comedy series and Julia Louis-Dreyfus won for best actress in a comedy, Tatiana Maslany won for best actress in a drama but she’s hilarious so we’re counting it as a win for funny ladies, Jill Soloway took home the comedy directing honors, and Tina and Amy had to split an award. Plus as an extra bonus, #EmmysAren’tAsWhiteAsTheyUsedToBe and that’s a good thing for errybody.

We put together a few of our favorite moments from the comedy queens who won the night, whether they took home a statue or not. Feeling like a bunch of proud younger sisters right now, tbh.

Amy and Tina were two halves of the same heart as always:

Julia Louis-Dreyfus took us from laughing at her amazing social satire to ugly crying for her loss in RECORD time:

And Ellie Kemper told the story of a fight between a man and a bus: 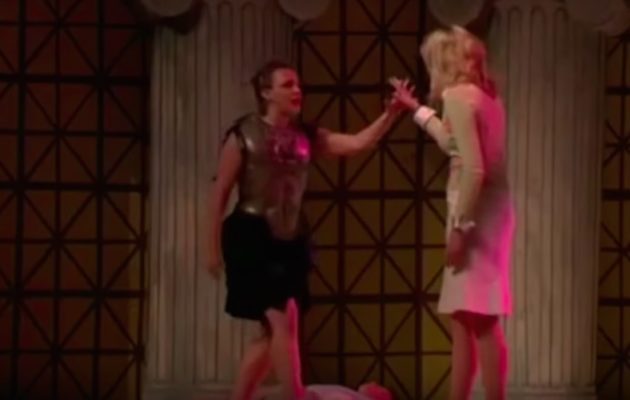