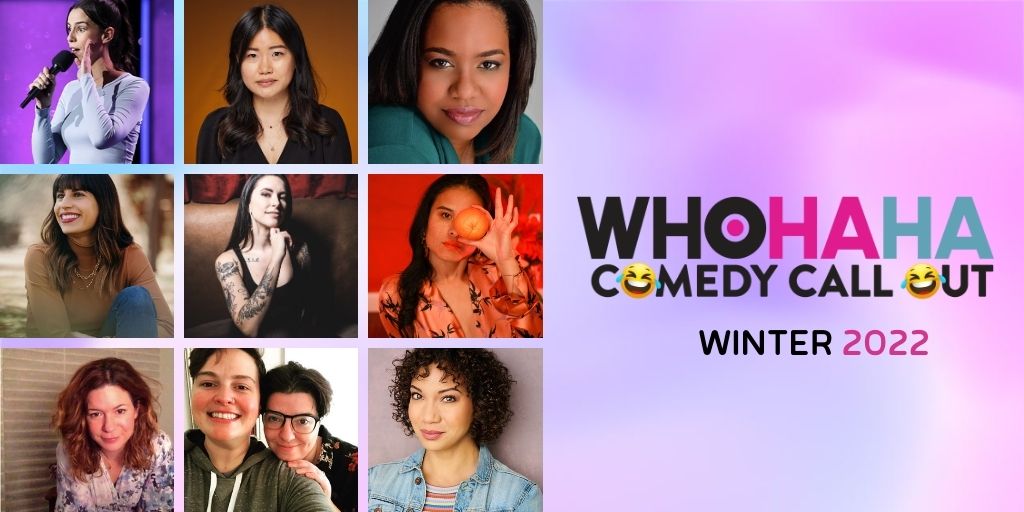 Hello, and welcome to WhoHaha’s Comedy Call Out Winter 2022! This is a quarterly announcement where we showcase a group of WhoHaha creators who create hilarious and fabulous work! Do you know one of these creators? Because you should! 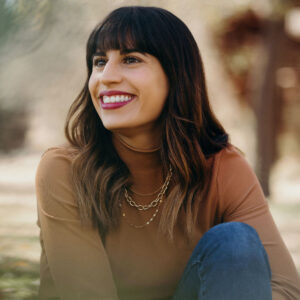 Meghan Ross is an Austin-based writer/director, comedian, and activist who was selected for 2022 Women at Sundance Adobe Fellowship, Sundance Episodic Lab 2021-2022, and 2022 NewNarratives grant from NewFilmmakers LA & Warner Bros. Discovery’s OneFifty for her half-hour comedy Here to Make Friends (also her personal tagline). Her shorts made The New Yorker’s Best Shouts of 2020 list, she was nominated for The Webby Awards for If You Ever Hurt My Daughter, I Swear to God I’ll Let Her Navigate Her Own Emotional Growth, featuring narration by Jon Hamm, and her writing has appeared in Reductress, VICE’s Broadly, TV Without Pity, The Toast, and other defunct but beloved sites. She hosted the late-night show That Time of the Month for 5 years and is currently Head of Creator Success at Seed&Spark. Most importantly, Meghan’s an aspiring stage mom to her rescue pit-lab, Dreidel, and a creator you will want to know, so get on it! 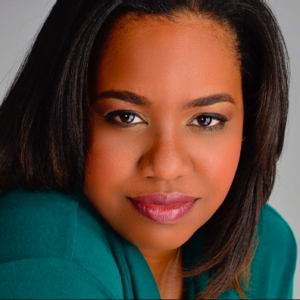 Tiffany Gist is a serious artist who loves to laugh! She is a seasoned artistic scholar and gifted storyteller both in front of and behind the camera. Her documentary DRIVEN was nominated by BAFTA Selects, and she was hired to produce short documentaries for Academy Award-winning Breakwater Studios. She went on to work in limited series at Apple TV and served in a feature film as a coordinating producer at MGM. As an actor and singer, she has been in countless productions on both stage and screen, and her work directing children’s theatre was recognized in the Atlanta Journal-Constitution. She also shined in the hilarious comedy-horror, Boo Hag or Shadow Man, which was featured on Fox Soul Screening Room. The film also went on to win this year’s best director (Emily Maya Mills) and best film at the WhoHa-Halloween Comedy Festival of Horrors! Tiffany continues to coach professional actors for many shows on Broadway, Disney, HBO, Netflix, and numerous films. Most recently, she produced an international documentary in partnership with the NAACP and continues to work as an actor, educator, and creative executive in Los Angeles, Atlanta, and New York. Tiffany is amazing, so be sure to watch all of her work! 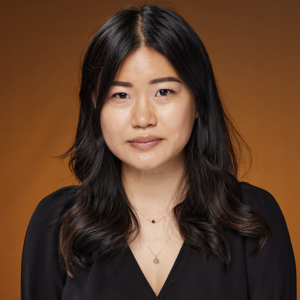 Jessica Liu is a director and writer from the San Francisco Bay Area. Her film Prom Time was awarded the “Women’s Empowerment” Award at the Anaheim Film Festival and hand-selected by Emmy winner Kate Hackett for mentorship at the Cinema Femme’s April 2021 showcase. Her film OrangeDreams was selected by the City of Los Angeles to promote an initiative to encourage outdoor activities for young girls. Her work combines dream-like states with grounded realities centering on fascinating characters. She often explores female desire and duality in identity. Her films have been screened internationally, domestically, and digitally – Museum of Creative Minds, Shanghai, San Francisco Independent Film Festival, and Amazon Prime. As a graduate of UCSC with double majors in Film and Feminist Studies – Culture, Power, and Representation, she strives to honor authentic marginalized perspectives through fresh and exciting storytelling. Jessica’s short, Tomorrow, played at the WhoHa-Halloween Comedy Festival of Horrors and we just loved having her! If you don’t know about Jessica Liu yet, you should! 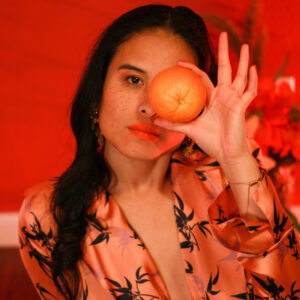 Kristine Gerolaga is a Filipina American actor and filmmaker whose mission is to tell stories that center on people who are often excluded from the mainstream media. Kristine currently resides in Los Angeles where she writes and directs genre films, drama, and a ton of sketch comedy (but honestly, she loves it all) with her longtime filmmaking collaborator Steven Krimmel. She is critically acclaimed: Vulture called her a “creator to watch.” She was awarded “Most Spirited” by the Vallejo High School Proud Heritage Marching Band four years in a row. And an Airbnb host called her “so sweet, very clean, and an ideal guest.” Kristine is a Future of Film is Female and Sundance Institute Uprise grantee. She was also quoted or had her work featured on TIFFxInstagram Shorts Fest, THR, Inc., BuzzFeed, DirectedByWomen, ATTN:, ALTER, Rappler, Amazon Prime/ FireTV, NYX Horror Collective’s #13MinutesOfHorror, Shudder, and Vulture. WhoHaha recently featured her amazing short, Concealer, at our WhoHa-Halloween Comedy Festival of Horror. Kristine is a filmmaker to know, so start following her! 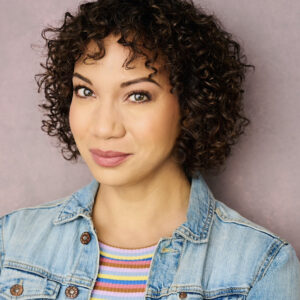 Ayla Glass is a writer, performer, and producer based in Los Angeles. As an actor, she is known for her appearances in This is Us, The Conners, Robot Chicken, and Reservation Dogs. She also recently starred in and wrote the hilarious short, No Country for Candy Corn, which played at the WhoHa-Halloween Comedy Festival of Horrors this past fall. Ayla is currently performing stand-up all over Los Angeles. Ayla Glass is a delightful performer and hilarious writer so follow her to see where she goes! 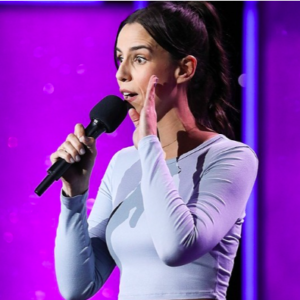 Allie Pearse is a standup comedian and writer on the award-winning TV show Letterkenny. In 2022 she was a ‘New Faces’ performer at the Just For Laughs festival and is the winner of JFL’s 2021 Standup & Pitch competition. She has performed for tapings at the Winnipeg Comedy Festival, JFL’s New Wave of Comedy, and CBC’s The Debaters. Allie was a staff writer on the 2022 JFL Galas where she wrote for Chelsea Handler, Jo Koy, Patton Oswalt, and Russell Peters, and a staff writer on Roast Battle Canada Season 3. She has performed at the Limestone Comedy Festival, Sled Island Comedy Festival, and 10 000 Laughs Festival. Allie has been featured on Sirius XM radio, has recorded for JFL Originals and OFF-JFL, and was a co-headlining act at the 2022 Just For Laughs in Toronto. Allie Pearse is a comedic force to be known! 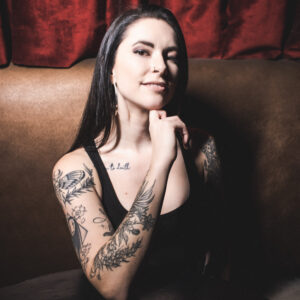 Holly Brown is a bright and bubbly stand-up comedian that loves to joke about death! Born and raised in Los Angeles, Holly has been performing female-driven comedy since the age of 19. Her comedy tackles mental health, death, feminism, and sex and she prides herself in her ability to pull off a crop top or a straight jacket. She has gone viral with videos for Funny or Die and has been featured in the Big Pine, Aloha, Plano, Oakland, Burbank, and Palm Springs Comedy Festivals. Most recently, she produces and performs monthly at the Hollywood Improv with her years-long sold-out show Salty AF, focusing on highlighting diverse comedy talent. She has featured for comedians such as Eddie Pepitone, Melissa Villasenor, and Jose Barrientos and can be seen in SF Sketchfest in February of 2023! Holly Brown is a delight so catch her show soon! 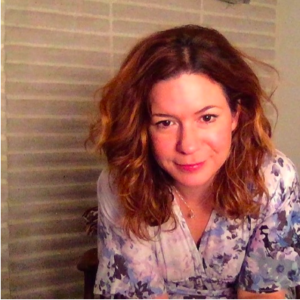 Emily Maya Mills is a Los Angeles-based comedy creator, originally from San Francisco. While earning her MFA at USC’s School of Cinematic Arts, Emily won the opportunity to direct the university-funded film, Boo Hag or Shadow Man (May 2021) and was a finalist for the mysterious ETC grant for innovations in virtual production. Boo Hag or Shadow Man also played at WhoHa-Halloween Comedy Festival of Horrors and won Best of the Fest! Before shifting her focus to longer-format storytelling, she was a house performer at the Upright Citizens Brigade Theatre where she developed a unique brand of “serious comedy” the LA Weekly once referred to as “…a sagacious autopsy of the frailties and foibles of life.” She was named a “Funny Female to Follow on Twitter” by the Huffington Post and recorded a standup album, By a Thread, on ASpecialThing Records. As an actor, she’s appeared in Orange is the New Black, Marvel’s Agents of S.H.I.E.L.D., Key & Peele, Comedy Bang! Bang!, Parks and Recreation, Harry’s Law, Crash and Bernstein, and as a series regular on DisneyXD’s Right Now Kapow! Most recently you may have seen her getting orgasmic over potato chips in a Cape Cod commercial or hosting the monthly Frogtown Show on the LA River. Emily is making big moves so start following her now before she blows up! 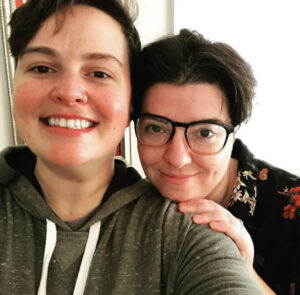 Sarah Kennedy and Kelli Trapnell are the proud owners of their own venue, Dry Heat Comedy Club. Kelli and Sarah opened the club in Albuquerque, New Mexico in late June this year, and it is one of only two queer-owned comedy clubs in the nation. Dry Heat is also the only comedy club in all of New Mexico. Kelli and Sarah are super dedicated to increasing the diversity of headlining acts in comedy clubs and since they’ve opened, they have increased the number of comedy shows in their city at least three-fold. They also are helping New Mexican comedians (who are all very talented) get connected with the local film industry there and/or improve enough to move out to a more robust comedy scene. If anyone is looking to perform in New Mexico, you are welcome to submit here. Please check out Dry Heat Comedy Club because it’s going to be great!

Check out the last Whohaha Comedy Call Out here. 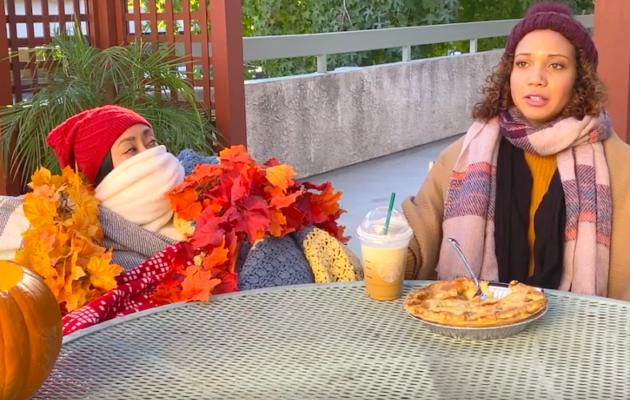