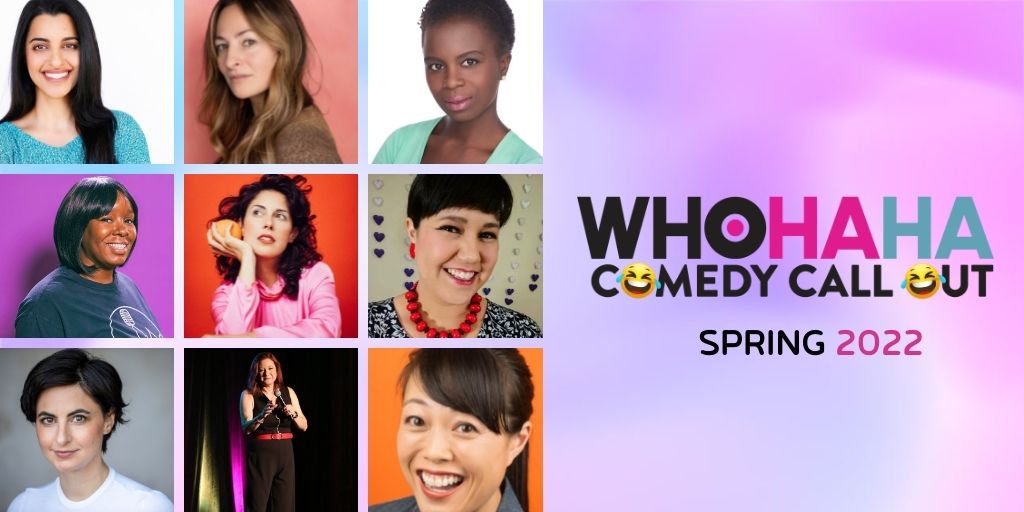 Hello, and welcome to WhoHaha’s Comedy Call Out Spring 2022! This is a quarterly announcement where we shout out a group of WhoHaha creators who have put in the work and made amazing comedy! Do you know one of these creators? Because you should! 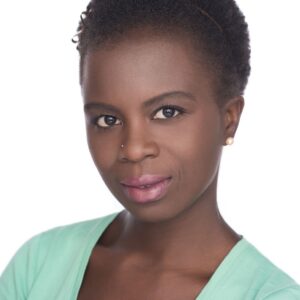 Marcela is a stand-up comedian and writer based in Brooklyn. Marcela is the founder and host of Feel the News, a humorous news show with over 66K followers on TikTok. Marcela also hosts Feel the News, the comedy show, a monthly variety show in Friends and Lovers in Brooklyn. Marcela has performed at the Apollo Theater, and recently won the Industry Room residency to perform at the Broadway Comedy Club and Greenwich Comedy Club. Marcela has performed in other comedy venues in New York including Union Hall, Littlefield, and Caveat. Marcela was the runner-up in the 2021 Ladies of Laughter stand-up competition. Marcela’s pilot Trying to Live was a second-rounder in the 2021 Sundance Episodic Lab, a quarterfinalist of in the 2022 ScreenCraft TV Pilot Script Competition, and a semifinalist in the 2021 BlueCat screenplay competition. Marcela has also been featured in the Black Women in Comedy Festival and The Laughing Devil Cup Festival. Marcela is one of the greats so be sure to check her out! 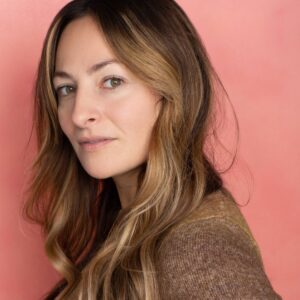 Christine Celozzi is an actress and director originally from Boston, MA. She previously trained with the critically acclaimed, Montreal-based Straeon Acting Studios, as well as BGB Studio, Margie Haber Studio, and Second City. Christine’s most recent acting performances in PARCHED, a psychological horror, The Plumber, a WW2 adventure/suspense, and My Friends The Plants, a mockumentary horror-comedy, not only express her versatility as an actor but have garnered her 8 best actress nominations and 2 best actress wins both domestically and internationally. As a director, Christine received the 2020 Shawna E. Shea Memorial Foundation, Inc.’s Women in Film Fellowship grant, for which she wrote, directed, and starred in her debut short film, My Friends The Plants. It has since been an award winner and finalist in numerous festivals, earning Christine best directing and the WhoHaHalloween winner award at WhoHaHalloween Film Festival, best director at Women’s Comedy Film Festival ATL, and best first-time director at the Thrills and Chills Film Awards. She is slated to direct and star in her upcoming comedy short, A Little Help?, which begins filming early this summer. Follow Christine because she rules! 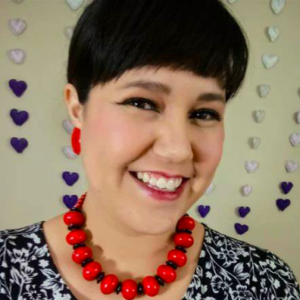 Monique Moreau is a Native American, autistic writer, stand-up, and voice-over actress from Red Deer, Alberta, Canada. She has lived in Los Angeles since 2008 and has spent much of her time performing musical comedy and stand-up around North America, the UK, and Australia. She has been a featured performer at San Francisco Sketch Fest, the Melbourne Comedy Festival, and the Edinburgh Fringe. She’s a regular at the Largo LA and you can catch her on her own experimental comedy show called Cute Vibes at the Yard Theater where Monique plays piano, sings, and does stand up. For her day job, Monique is a children’s TV/web series writer. You are going to be obsessed with Monique so follow her now! 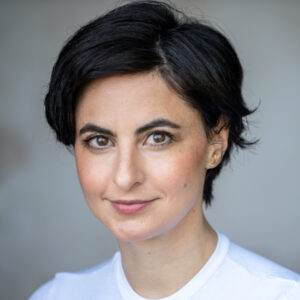 Avital Ash is a writer, actor, stand-up, & director. She has been making female-driven content for over a decade and has amassed over 40 million views for web content in recent years. Her series, 7p/10e went on to inspire two CBS pilots, executive produced by the creators of How I Met Your Mother. Avital has also created a series for Maker, penned a script for Super Deluxe, and created Antisocial Distance in quarantine with an amazing cast that includes Steven Weber, Rose McIver, and Utkarsh Ambudkar. You can also catch her in the new season of Barry! Avital Ash is an amazing comedy creator and we know that you will love her! 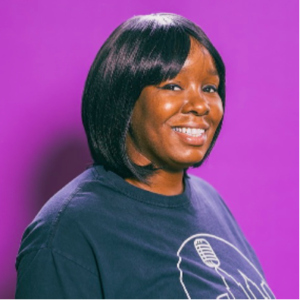 Marla Eyvette Massie is a standup comedian, actress, writer, and producer from Cleveland, Ohio. When she is not serving up food and drinks at her day job, you can find her serving up jokes and laughs on stages all across the country. She travels quite extensively and has performed from Portland, OR all the way to Portland, ME. In February 2021, she and several other up-and-coming Black female comedians were panelists on Room For Discussion: Mentorship & Black Women in Comedy, as part of a joint collaboration with Facebook Messenger and Variety Magazine. In August 2021, amid a worldwide pandemic, Marla safely and successfully produced the inaugural Sixth City Comedy Festival in her hometown of Cleveland, OH; featuring comics from the United States, Canada, and England. Marla is fantastic and you all should follow her! 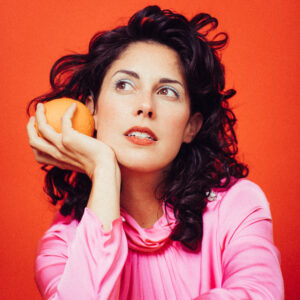 Cristina Fernandez is an actor, comedian, and writer. Cristina’s writing will be featured in the collection, Our Red Book: Intimate Histories of Periods, Growing & Changing, published by Simon & Schuster. She’s just completed the Spanish edition of El Verde, a comic book about a Mexican-American superhero. TV & Film credits include NBC’s DC Comedy, Powerless, HBO’s Last Week Tonight With John Oliver, and Mark Burnett’s CliffsNotes Films. As a comedian, she’s performed at The Comedy Store, Laugh Factory, and Flappers Comedy Club. She’s the creator and host of Good Enough, a show featuring top comics including Liza Treyger, Sabrina Jalees and Mo Welch. Other notable credits include making out with Conan O’Brien’s alter ego, “Conando,” on his late-night show and giving director Christopher Guest yoga pointers while working alongside Jennifer Coolidge on the Census campaign. Cristina is dedicated to amplifying artist parents of color as L.A. rep for PAAL, (Parent Artist Advocacy League), a collective of individuals and organizations committed to family-friendly practices in the performing arts and media, because parents have dreams, too. You are going to adore Cristina, we know it! 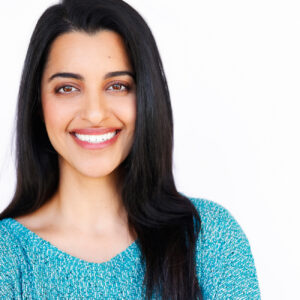 Vinita Khilnani went viral on TikTok and Instagram with her How Our Parents Used To Take Pictures comedy short! Humorously enough, some of her fans saw an uncanny resemblance between Vinita and Pakistan’s #1 Cricket Player – the world’s fastest bowler – Shoaib Akhtar, which led to mainstream news articles in Pakistan poking at the cricketer for looking like a young Indian-American woman. Vinita started her career as a comedian, studying at the world-famous Groundlings Theater, but during the pandemic, she began focusing on content creation. Vinita uses her platform as the recipient of the 2018 Miss India North America competition to encourage other young diverse people to pursue their dreams. She is also a car enthusiast and huge animal lover. Vinita also pursued pop singing for seven years and managed to finish two Masters’s Degrees in science. She recently won Best Supporting Actress in a dark comedy Dead To Me at the Sweden Film Festival. She also dedicates her time as an EcoHero, an educational program teaching kids in classrooms in California about helping the environment. You can also catch Vinita as Endario Zinn in the new Disney Star Wars Galactic Star Cruiser Experience in Orlando, Florida! You are going to cherish Vinita! 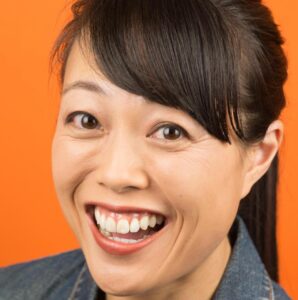 Pauline Yasuda is the first-ever Asian female to make the finals of the prestigious San Francisco Comedy Competition, which is in its 44th year. She placed 4th overall and joins the list of previous finalists that include Robin Williams, Ellen DeGeneres, Dana Carvey, and Dane Cook. She is also the winner of the 2013 California’s Funniest Female Competition. She is an alumna of Acme Comedy Theatre and has shared the stage with Matthew Lillard, Alex Borstein, and Tatyana Ali as a sketch performer and writer. As a stand-up comedian, she won the Wild Card Round at the World Series of Comedy in 2012. In 2014, she was considered one of the “Best of Fest” at the Burbank Comedy Festival. She was also part of The Cleveland Comedy Festival in 2011. She has brought her unique brand of comedy to clubs in Los Angeles and the West Coast. TV appearances include Criminal Minds and The Bill Engvall Show. Pauline is fantastic and we know you’ll love her! 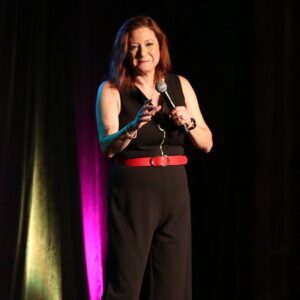 Carole Montgomery is an amazing stand-up comedian. With dozens of credits to her name, Carole Montgomery is a respected veteran of the stand-up comedy scene nationwide. Carole Montgomery has also headlined clubs and colleges across the USA and starred in two different Las Vegas production shows. In her ten years as a Las Vegas Star, she was seen by over five million audience members. She has performed for the US military in association with Armed Forces Entertainment. Carole also created the hit show Funny Women of A Certain Age. This comedy show was created to give older women comics a chance to be seen and heard. Frustrated with how women are portrayed once they hit 50, Carole decided to do something about it. Word quickly spread to the Showtime network and as of today, they have filmed THREE specials based on the show! The women who appear in Funny Women of a Certain Age are all funny, vibrant, and brilliant, they just happen to be of a certain age. The live show is currently on tour in major theatres across the USA. Carole Montgomery is a force to be reckoned with, if you don’t follow her, you should!

Check out our Fall Whohaha Comedy Call Out 2021 here. 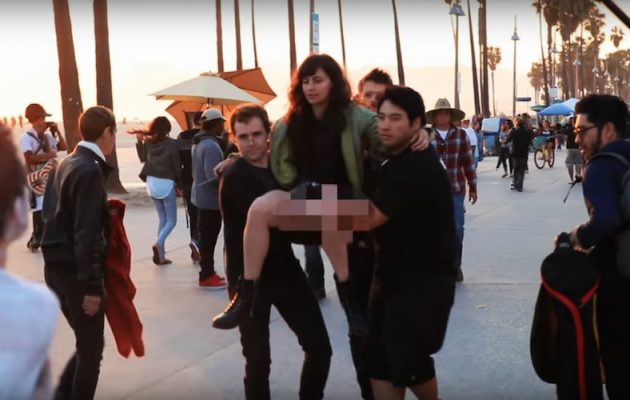 What Is Art? Art Is Vagina.