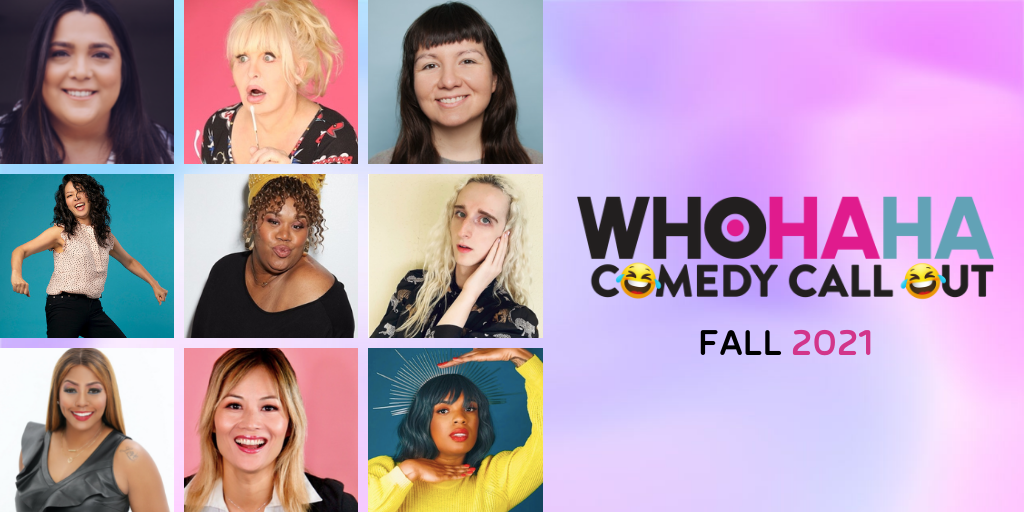 Hello, and welcome to WhoHaha’s Comedy Call Out Fall 2021! This is a quarterly announcement where we shout out a group of WhoHaha creators who have put in the work and made amazing comedy! Do you know one of these creators? Because you should! 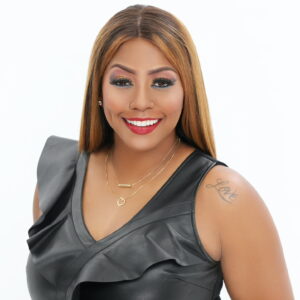 Handing award-winning comedian Crystal Powell a mic is like lighting a fuse under a powder keg. The results are explosive! Crystal has packed venues worldwide, performing at L.A’s Laugh Factory, the San Diego Civic Center, and the Los Angeles, Ontario, Palm Beach, Arlington, and Houston Improv Comedy Clubs, as well as internationally in Panama and Cuba, among hundreds of stops across the globe. She was chosen as a feature comic for the prestigious Laugh Out Loud Comedy Festival in 2018 and has appeared alongside comedic powerhouses such as Kevin Hart, Mike Epps, Rodney Perry, Damon Williams, Rudy Rush, Fortune Feimster, Donnell Rawlings, Joey Diaz, Sam Jay, and Anthony Jeselnick and can hold her own in any arena. Crystal won the 2015 i10 Media Influential Entertainer’s Award, the Houston Improv’s Producer’s Award, and was named one of Houston’s All-Stars of Comedy. She also hosted a four-day event in honor of National Humor Month that made citywide headlines in Houston. In 2017, Crystal was chosen by the Super Bowl committee as the only comedian to perform for the crowds during Super Bowl Live. Be sure to see Crystal perform because she’s amazing! 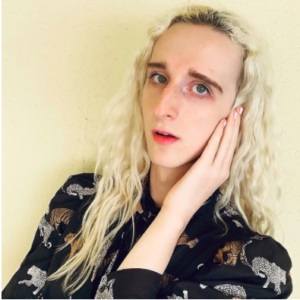 Savannah Manhattan is a trans comedian, actress, and model who advocates for trans rights and for intense fashion, as well as reviews restaurants with The Eleats. Savannah has a large and warm presence on stage that comforts a crowd before she brings them in for a killer punchline. She is a great writer and a fearless performer which always makes her an audience favorite. Not only can you watch her perform all over the country, but you’ve also seen her on your TV screen as her credits include The Nerdist, The Disney Channel, and The CW. She will be performing at Supernova in December and will be releasing a special, Multidimensionally Delicious, next year. We think Savannah is amazing and know you will too! 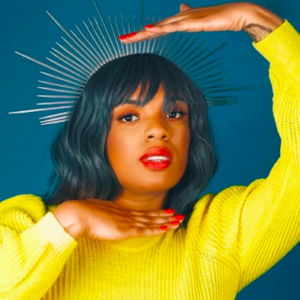 Jerrica Long is a queer Florida-raised and Brooklyn-made writer and standup. She has been gaining experience the last 5 years working as support staff on VEEP, Carol’s Second Act, Being Mary Jane, black-ish’ and Diary of a Future President. Jerrica writes character-driven comedies with social commentary on dating and relationships and is drawn to stories about female friendship, love, and the failures of dating. Jerrica’s half-hour pilot, It’sJerricaSays, landed on the 2017 Bitch List, a selection of unproduced scripts that pass the Bechdel test. In 2018, her pilot Loveless was a semi-finalist for the Blacklist & MACRO Episodic Lab, then the following year, Jerrica was a finalist for Sundance’s New Voices Lab. This past year in 2020, she continues to bring the heat as she co-wrote an episode on the Disney+ series, Diary of A Future President. Most recently, Jerrica was tapped to help develop an animated show with Reese Witherspoon’s production company, Hello Sunshine. Jerrica Long is a powerhouse and we can’t wait to see where her journey takes her! 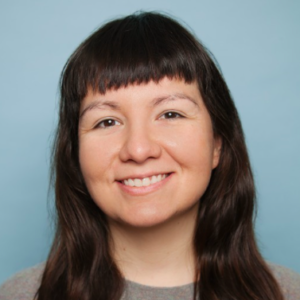 Kaitlyn Jeffers is a hilarious stand-up comedian and writer based in Los Angeles. Not only is she a contributing writer for The Hard Times, the punk-focused satirical website, but she was recently named one of 25 Native American Comedians to Follow in 2020 by IllumiNatives and her comedy was featured in the LA Times. She currently is a Writers’ Assistant on the Peacock series Rutherford Falls (co-created by Michael Schur, Ed Helms, and Sierra Teller-Ornelas), and previously worked on NBC’s pandemic-based sitcom Connecting as well as Marvel’s upcoming series, Echo. Kaitlyn’s acerbic wit and dry, deadpan delivery have made her a favorite, especially ours! Check out Kaitlyn and see her perform live! 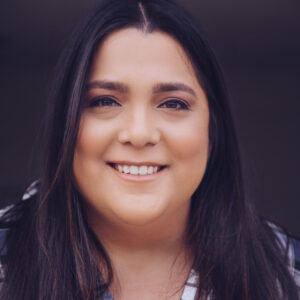 Mara De La Rosa is an award-winning queer-POC playwright, screenwriter, actor, and producer of films and live shows. Her sketches have been featured on WhoHaha, Marías at Sampaguitas, VoyageLA, and Comedy Network Live! She is the co-host of the podcast Dealing and co-creator of the queer web series BAES Welcome (streaming on OutfestNow). Her short films I Don’t Love You and BASTARD (Los Angeles Asian Pacific Film Festival), and her one-minute film The Outbreak was an Audience Award Winner at Outfest FUSION. In 2017, she co-founded Queenfest LA, an annual International Women’s Day variety show benefiting organizations supporting women throughout Los Angeles. She was a Film Independent Incubator Lab Fellow and Outfest Outset Fellow. We think Mara is amazing and know you will too! 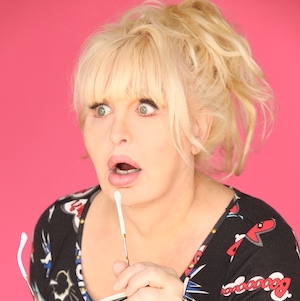 Known as the ‘Punk Rock Cher” -Tuesday Thomas is a trans comedian and suffers from severe anxiety, PTSD, and agoraphobia. She lived her life all over the US -full of self-medication, wanton lust, and debauchery before settling in the wholesome world of Hollywood. Her comedy has been described as a stream of consciousness, weird, and neurotic. She found her niche in the world of misfits, as she produces and hosts LA’s most successful show, Freak Show, with her friend and co-producer Julian Michaels. Freak Show is a dark comedy variety show that has been selling out to audiences for 5 years and in 12 cities. She’s been featured on E! (Botched), VH1 (Walk of Shame Shuttle), MTV (True Life), and BBC (World of Weird). She’s performed to standing-room-only audiences at The SF Punchline, The World Famous Comedy Store, The Laugh Factory, and many more prestigious clubs along with many reprehensible locales. Tuesday will also have a documentary and special on a major network in Spring 2022. We love Tuesday and know you will too! 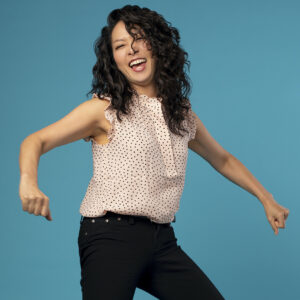 Kazu Kusano has a Japanese accent, crazy physicality, a dark sense of humor, and hot flashes! She immigrated to America alone in her thirties to do stand-up comedy and take on the industry. Kazu can be seen on Comedy Central UK’s Channel Hopping as a Japanese correspondent. She is also the undefeated champion of Joke-E-Oke at SF Sketchfest, where Robin Williams said “She’s hilarious!” She has performed her stand-up comedy at clubs, festivals, and colleges all over the U.S. including Las Vegas’s Camp EDC, and was a finalist at the Westside Showdown in 2017. Her one-woman show, PRETTY BEAST won Best Of Fest at Crazy Woke Asians’ Solo Fest and Pick Of Vancouver Fringe Award as Hottest Selling show in 2019. Married to a Jewish mentalist, she lives in LA. Kazu is easy to love and we invite you to love her and her work! 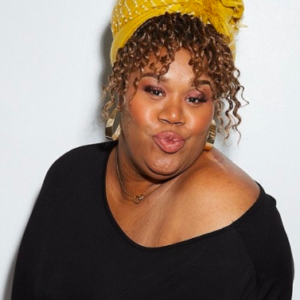 As a multi-hyphenate musical comedian, Luc Ashley woos and charms audiences with her mind-spanding honesty, timely wit, and audacious lyrics. Inspired by Martin Lawrence, Debra Wilson, and Tracey Ullman, Luc has unforgettable energy that is widely appreciated. Since her release of Happy Hell-a-days, her homage-slash-comedic ballad to the covid catastrophe, she has quickly been gaining attention, which also won her a Telly award for her use of comedy for social media.  Luc studied at UCB, where she received the Diversity Award and was a semi-finalist with WGAE’s Made in New York Fellowship. She won Best Comedy TV Pilot at the Palm Springs International Comedy Festival for the stand-up series Laugh After Dark, which she co-created and hosted on Amazon Prime. She has also written and worked on multiple projects, including Mann & Wife and Hulu’s late-night series, Up Early Tonight. Luc is currently developing several scripted series for various platforms through her production company, Urban Genius, with partner and husband, Jaron Marquis. Her newest, highly-anticipated LP, ‘PanDAMMIT,’ is a hilariously-inspirational musical comedy album that makes fun of the lingering effects of the pandemic on our wary society and will be available on Audible, iTunes, and Spotify Christmas 2021. 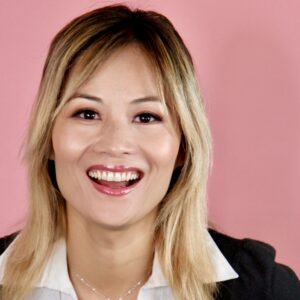 Kiki Yeung is a comedian, producer, writer, director, and actress. Her most cherished producing work is her comedy show, Crazy Woke Asians, featuring the funniest Asian American comedians in town with shows at Caroline’s on Broadway at the New York Comedy Festival, Laugh Factory San Diego, and Notoriety Live in Las Vegas taping co-produced by Creative Studios LA. Kiki partnered with NBC and Joy Sauce for the Crazy Woke Asians Kung Pow Festival at the Santa Monica Playhouse making for a smash hit event. Recently, season one of her romantic comedy series, Sweet and Sour Chicks, was an official selection at the Las Vegas Asian Film Awards and was nominated for a Jury Prize Award. The pilot of Sweet and Sour Chicks was nominated for Best Comedy Series Episode Award at the Portland Comedy Film Festival and Best Ensemble Award at the Atlanta Comedy Film Festival. Kiki is an amazing performer, storyteller, and producer so get to know her before she becomes too famous!

Check out our Summer 2021 Comedy Call Out here. 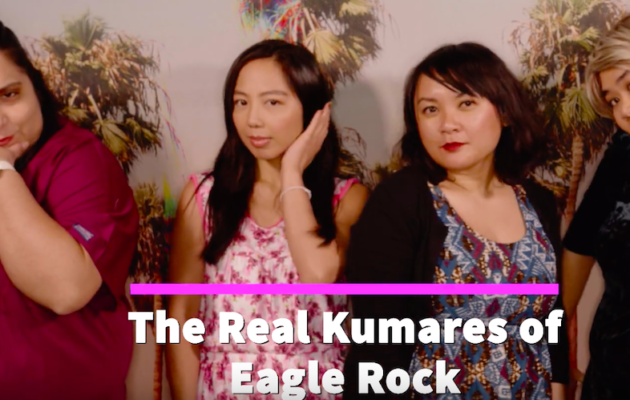 My Easter Eggs Bring All The Pamangkins To The Yard