WHAT A WEEK! Take a break from the emotional turmoil of Beyoncé’s Lemonade and pregame for the weekend with 140 characters from the funniest ladies on the internet.

Remember when everyone named their kid Rocco? HAHAHAHA!

We actively choose to forget this.

me, planning an expensive dinner party i know i will never actually have pic.twitter.com/xCIqWyqmTW

Seriously, why do they always do that?!

Why question it, yanno?!

people who do not like condiments are not to be trusted.

They were really mean to her, weren’t they?

bucky with the good hair pic.twitter.com/70zziao02E

WILL NEVER NOT LAUGH AT THESE.

‘If you packed adult diapers for your vacation, you chose the wrong vacation’ is a sentence I actually said to my best friend at lunch today

I’m sorry I couldn’t come to your party. I took an elevator and wasn’t sure how to exit and have been trapped here since Thursday.

They haven’t invented a microscope strong enough to see the paper-thin excuse I need to just give up and eat McDonald’s at any given time.

My plan B is to get one of those Pomeranians who can support me with its Instagram career.

Ideal life. That, and having Ina Garten cook every meal for you ever. 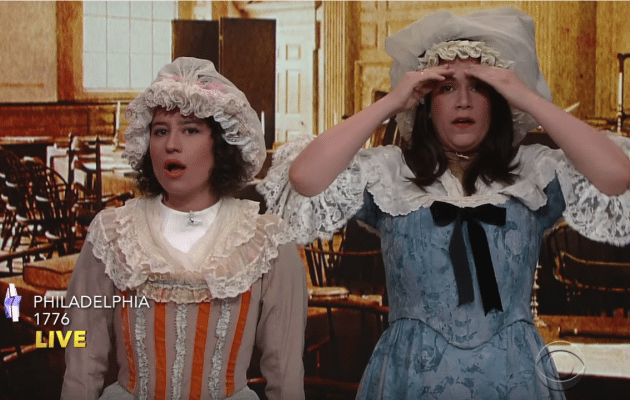 Abby and Ilana Present: A Lesson in Herstory