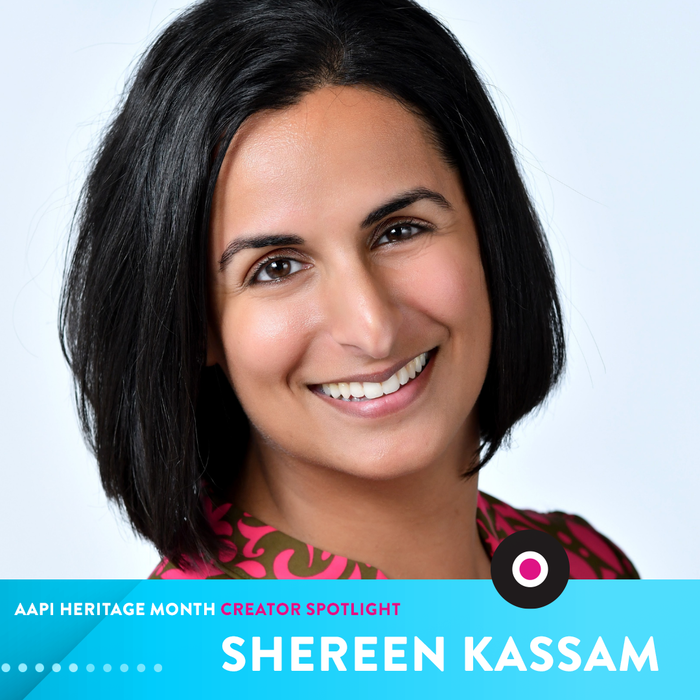 Shereen Kassam is a touring stand-up comedian and podcaster who once got a shout-out from Arsenio Hall (#goals). We took some time to get to know her better, and we’re better for it!

Tell us a little bit about yourself! How did you get started in comedy?
I am an internationally touring stand-up comedian who has performed worldwide on stages from New York to Saigon.  Named Florida’s Funniest Female, I’ve also appeared on HBO and NBC.  I have had the opportunity to work with Arsenio Hall, Gina Brillon and Preacher Lawson.

I started in comedy, after attending my first comedy show in Boston.  It was as showcase, and I felt that each comedian sounded the same.  After the show, I asked for my money back and the owner said, “It’s not that easy to make people laugh.”  I took that as a challenge and decided I wanted to try! After that first laugh – I knew this was my purpose! 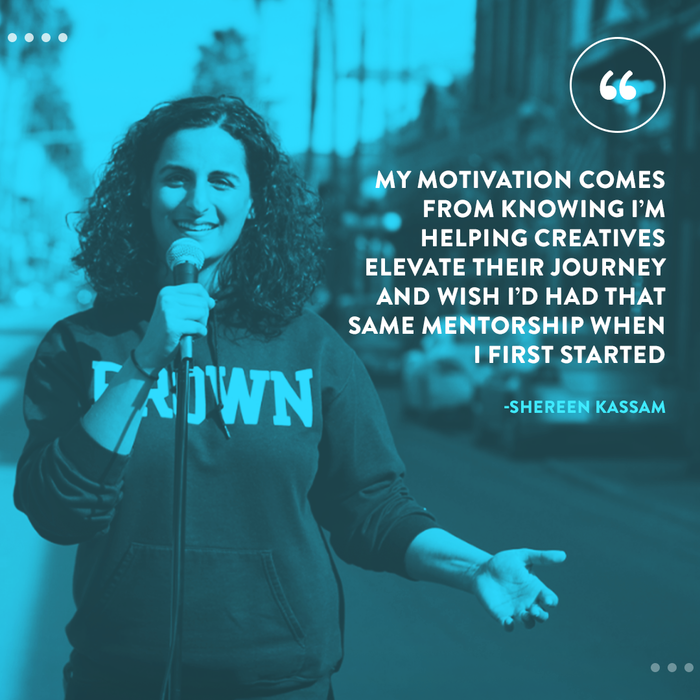 Tell us about your podcast, Creative Breakthrough! What was the inspiration to get it started? What challenges did you face getting it off the ground and how did you overcome them?
When I started comedy, and then later radio and acting – there were few women of color, yet alone WOC that looked like me to turn to for advice and mentorship.  Creative Breakthrough provides informal mentorship via conversation with successful creatives of color to elevate POC in their creative journey.  My biggest challenge was finding the time to conduct the interviews and edit them, alongside performing comedy and being on the road.  However, my motivation comes from knowing I’m helping creatives elevate their journey and wish I’d had that same mentorship when I first started.

Who are some of your comedy heroes?
Ellen 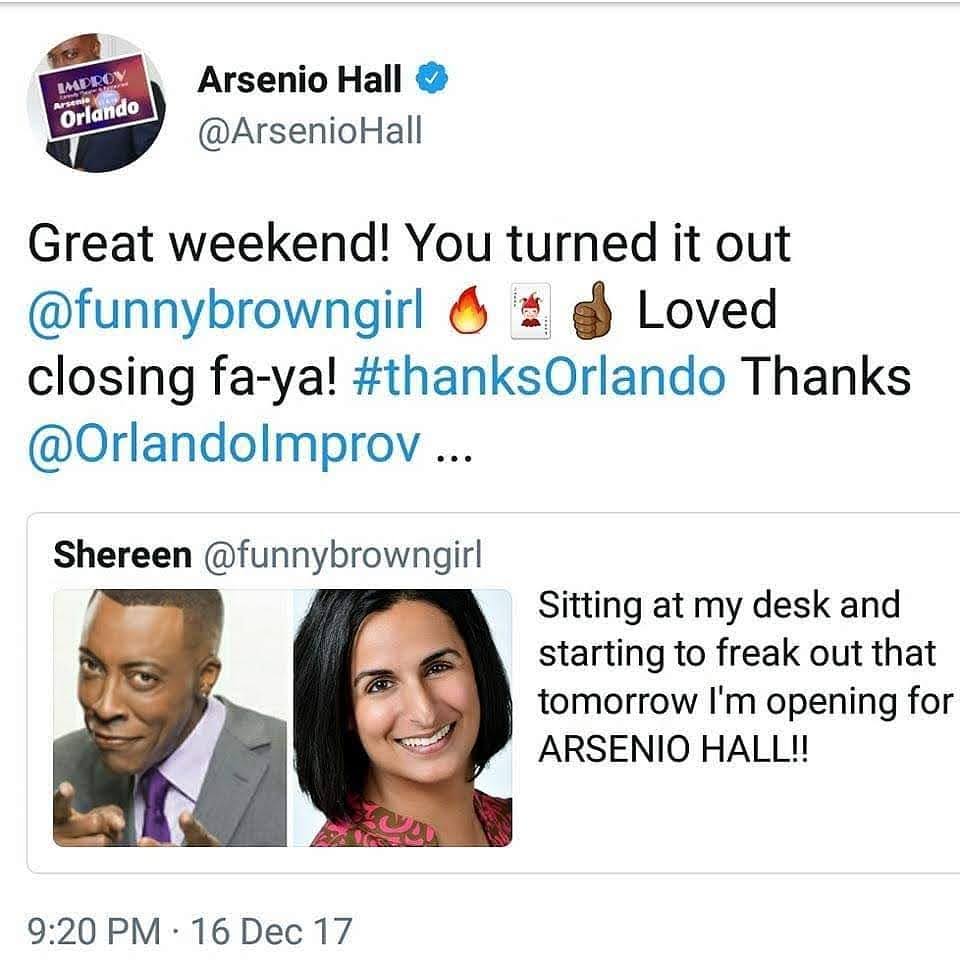 What’s one thing you want the WhoHaha audience to know about you?
I have an obsession with chicken wings 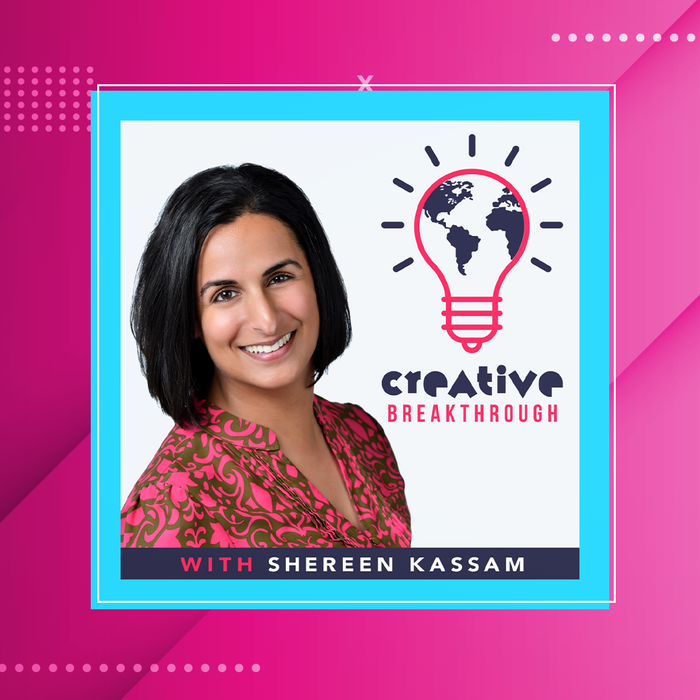 Looking for your own Creative Breakthrough? You can listen to Shereen Kassam’s podcast on the WhoHaha app, available on iOS and Apple TV.

Are you a hilarious creator looking for more opportunities to collaborate, learn, and earn? Join our community! 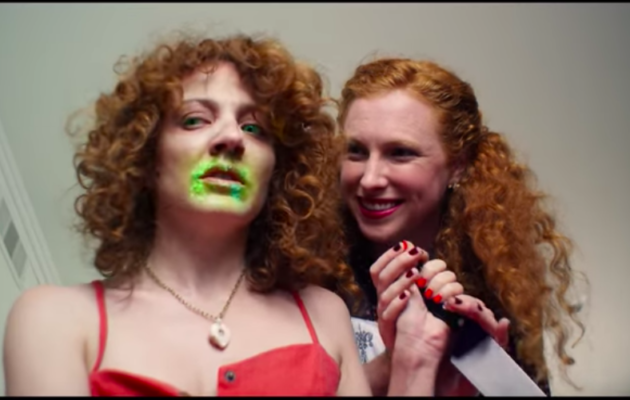