Hello, and welcome to WhoHaha’s Comedy Call Out Summer 2020! This is a quarterly announcement where we shout out a group of WhoHaha creators who have put in the work and made amazing comedy! Do you know one of these creators? Because you should! 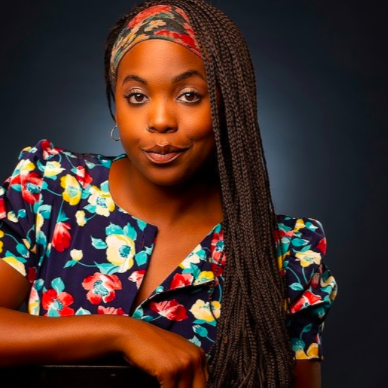 Bri Giger is a hilarious stand-up comedian, actress, activist, writer, and superwoman. In 2012 Bri became a University of Arizona Theatre Arts graduate. Following graduation, Bri has performed in and been a part of a UCB Maude team, UCB Characters Team, Comedy Sportz in Los Angeles, IO West Main Stage, and The Revolution Will Not Be Televised at Second City Hollywood. She is currently performing stand up at prestigious venues such as The Comedy Store and the Hollywood Improv. Bri has also weaved her comedy and storytelling abilities into an acclaimed One Woman show: Through my Red Eyes. Starring in her one-woman show allowed Bri to perform in San Diego, CA Diversionary Theatre 2-women show titled, Bright Half-Life. She is a working actor and is currently starring as a voice actor in Crash: The Animated Series as Reporter Shelley Jackson and Adult Swim’s, Samurai High Dodgeball. She also just finished creating her first pilot, Freedom Riders, and is currently pitching it to networks. If you are not obsessed with Bri you are missing out! See more Bri! 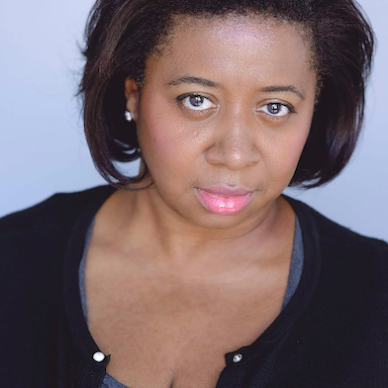 Wynter Spears is a comedian-actor-singer-host who you can see slinging jokes all over Los Angeles. She is a part of The Shout Out Show, a weekly livestream event with fellow comedians Aisha Alfa and Sophia Zolan in partnership with Dynasty Typewriter on Thursdays at 5pm PST. You can watch the inaugural live stream here. You can also listen to her episode of Jackie Kashian’s acclaimed podcast The Dork Forest where Wynter speaks at length about public bathrooms. She recently performed at one of LA’s top venues, Dynasty Typewriter at the Hayworth, alongside comedy heavyweights Laurie Kilmartin, Jackie Kashian, Janelle James, Kira Soltanovich, Virginia Jones, and Zach Galifianakis. You may have also seen her perform at the Hollywood Improv (Mermaid Comedy Hour with Valerie Tosi & Joleen Lunzer), Flappers, or more recently, at the Comedy Central Stage with The Calendar Girls Show produced by Lynn Stein. From Chicago and currently living in LA, Wynter has appeared all over the US at comedy festivals including the Women in Comedy Festival (Boston), the Lady Laughs Comedy Festival (Madison, WI), the Mutiny Radio Comedy Festival (San Francisco) and the Laugh Riot Grrrl Comedy Festival in Los Angeles. We know you will dig Wynter as much as we do. You can check out some of her comedy here. Photo credit to Brad Buckman. 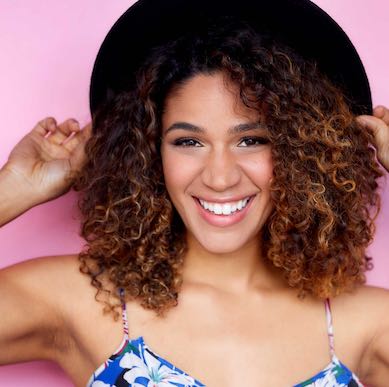 Adrienne Rose White is a sensational multi-hyphenate writer, actor, producer, and director. Along with her writing partner, she sold the Untitled White/Chan/Case comedy pilot to the CBS network, and optioned the hour-long dramedy, Safe Space, to Lakeshore Entertainment. Adrienne stars with Holly Taylor (The Americans) in the teen thriller The Witch Files, now streaming on Netflix, as well as the forthcoming features Another Girl and One of the Ones. She directed nine episodes of the popular digital series Adventures in Online Dating, and she is the producer and co-star of Quirky Female Protagonist, which received acclaim from the Huffington Post, IndieWire, WUWM 89.7 FM, and others. Adrienne also wrote and starred in the short film Mira Mira, a fairytale about race and isolation set in Salvador, Brazil. It premiered at the NewFilmmakers New York and won Honorable Mention in the Experimental Category at the Women’s Independent Film Festival in 2015. She graduated from Harvard College, but she avoids bringing that up in conversation. Adrienne is obviously a creator to know and keep your eye on! 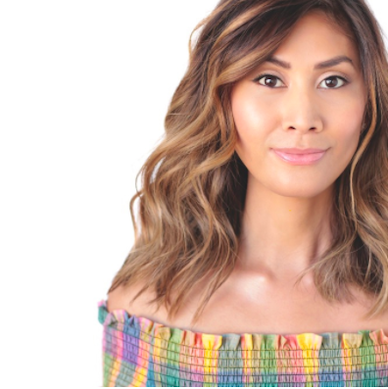 Rain Valdez is an actress, an award-winning filmmaker and an out and proud transgender woman. Rain is also the founder of ActNOW, the first and only acting class in Los Angeles prioritizing a safe space for LGBTQIA actors and teaches beyond the binary. Rain got her start playing Coco in season 2 of TV Land’s Lopez and doubling in Amazon’s Transparent as Miss Van Nuys on screen and a producer behind the scenes. Valdez’s rom-com short Ryans, which she stars in, screened in over 15 film festivals worldwide after premiering at Outfest, winning the Jury Award for Best North American Short at the NCGLFF. Rain’s short film Hexed was nominated for Best Director, Best Comedy and Best Actress at the Madrid International Film Festival. Rain has been named one of Outfest LA’s Next Generation of Filmmakers and is Inside Out Pitch Please! Contest 2019 winner. She recently starred in a Paul Feig directed, half-hour comedy pilot for Freeform TV, guest stars in Amazon’s Sneaky Pete, and can also be seen in the CBS All Access new show Why Women Kill. Her comedic, no-bullshit, 7-part web series, Razor Tongue, which she wrote and stars in, is now available for streaming and can be found here. 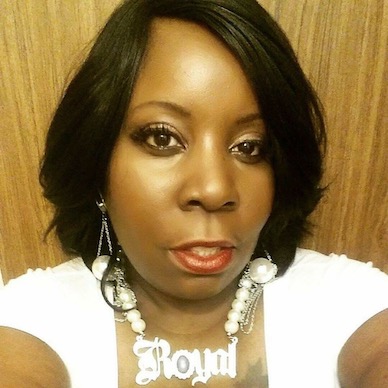 Joanna M. Briley is a NYC-based comedian and is the creator of the Black Women in Comedy Festival NYC. Joanna put her heart and soul into the festival even though she had no corporate sponsors and less than four months of prep. Last year she was able to successfully pull off the festival in the month of February, Black History Month no less, with sold-out shows, industry present, and notable stand up comedians performing. Unfortunately, Joanna and her team have decided, due to the pandemic, it’s best to reschedule this year’s festival & return during Black History Month February 24th – February 28th 2021. She believes in the safety & health of everyone involved in creating, performing, and coming to the festival. Although submissions for the festival are closed the festival needs support/assistance in sponsorship. We know she is awesome and we are positive the festival will be fantastic as well! You can learn more about her and the festival here. 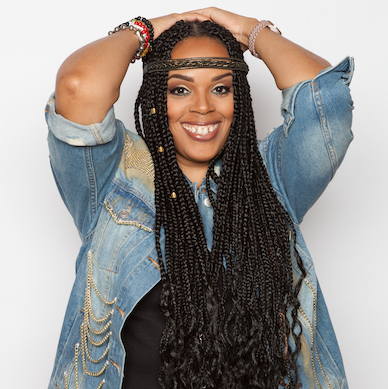 Brooklyn Jones is a comedian that we should all applaud. A two-time winner on BET’s 106th & Park, she initially started out as a rapper performing all over the underground hip hop scene. She has incorporated music and hip hop into her comedy by doing parodies such as her Beyonce and Jay Z Drunk In Love parody Chunky Love. The video has reached over 550,000 views and counting, her Iggy Azalea Fancy parody entitled Lazy has reached over 38,000 views. She is on the right track as she has been seen performing at the legendary Comedy Store including shows such as Red Grant’s Turnt Up Tuesdays, was named one of California’s Funniest Female Comedians at the Ice House Comedy Club, and was named Best of The Fest at Flappers’ Burbank Comedy Festival. Brooklyn is best known for her recurring guest star role on the Oprah Winfrey Network’s Flex & Shanice show. You can watch her stand-up on season 2 of UMC’s The Comedy Underground Series and making guest appearances on TruTV’s Laff Mobb’s Laff Tracks. She recently created her own web show called Petty Court where she rules as a judge presiding over petty cases too small for small claim’s court. Currently, she is working on a streaming talk show called The Rize with Brooklyn Jones. Brooklyn will have you laughing out loud, follow her now! 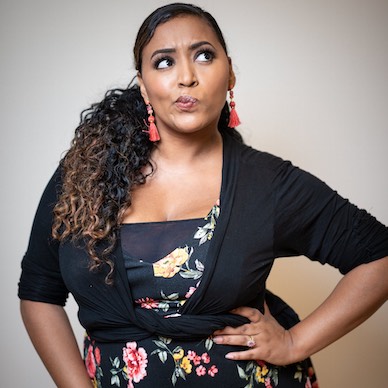 Jasmine Ellis is a hilarious stand-up comedian, actor, entertainment journalist and podcast host currently based in Austin, Texas. In addition to performing at clubs and colleges all over the country, Jasmine has appeared in several festivals including 10,000 Laughs, Limestone, Black Girl Giggles, Altercation Fest Moontower Comedy festival Sponsored by Netflix and several others. Jasmine hosts the highly acclaimed storytelling and stand-up show, Been Living Color, which spotlights women of color performers in comedy. Her comedy album, Trash Baby, debuted at #1 on the iTunes chart and her DryBar Comedy Special is set for release in Late 2020. Be sure to follow Jasmine and get your laugh on! 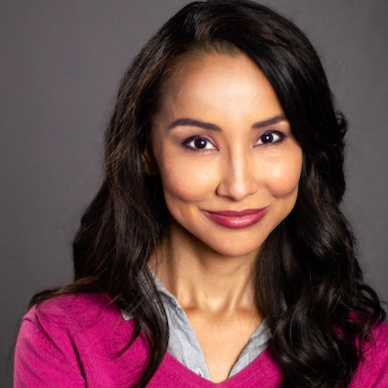 Carolina Hoyos is a talented actor, dancer, singer-songwriter, and multi-instrumentalist. She began as a childhood concert pianist before performing three seasons on MTV Hits. You can currently watch her as Antonella in Nicolas Winding Refn’s Too Old To Die Young, which premiered at the Cannes Festival and is currently streaming on Amazon. You can also see her in guest appearances on Under the Silver Lake, Gene Simmons: Family Jewels, and Pharrell Williams’s video of the Oscar-Nominated song Happy. She has shared the stage with Eddie Van Halen, Ryan Adams, and members of Guns N’ Roses. Last year she had the honor of being a fellow in LA Skins Fest 2019 Native American TV Writers Lab and she performs regularly with comedy troupes Dad Jeans and Nightpantz. She’s also a member of The Autry Museum’s Theater Artist Ensemble Native Voices. We think Carolina is hilarious and talented as hell and you will too! 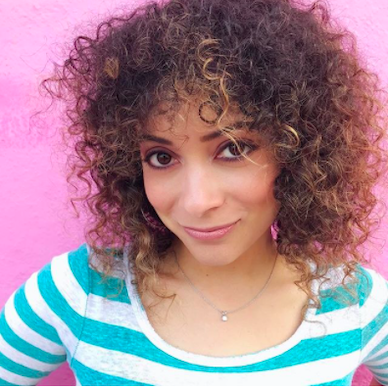 Easy-going, yet adorably snarky, Christine Little is a Los Angeles-based actress and comedian. Her playful comedy combines unique life observations with an animated presence. Little has been on FOX’s LAUGHS multiple times, and has performed at comedy festivals all over the country such as Limestone, Laughing Skull, Cape Fear, and Laugh Your Asheville Off. Christine has also opened for headliners such as Mad TV‘s Bobby Lee. She’s been featured on the front page of Funny or Die, has had work featured in The Huffington Post, as well as in Voyage L.A. Christine has also made appearances on Free Form’s Alone Together and Comedy Central’s Corporate. Christine is a delight to see on the stage and screen and you all should follow her! 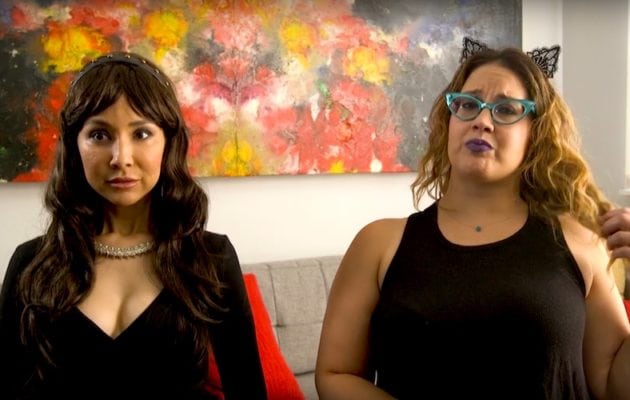 Superheroes And The Groupies Who Love Them