Hello, and welcome to WhoHaha’s Comedy Call Out Fall 2020! This is a quarterly announcement where we shout out a group of WhoHaha creators who have put in the work and made amazing comedy! Do you know one of these creators? Because you should! 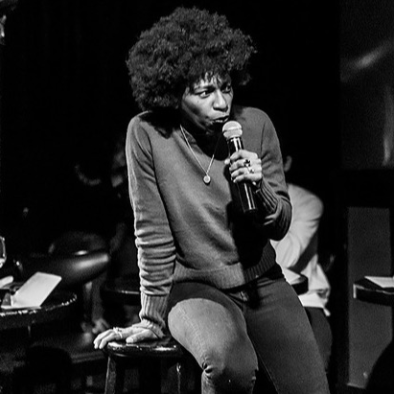 Katrina Davis is a hilarious comic and a Los Angeles favorite! She is a Baltimore-born, Florida-raised comedian with a sometimes dark, yet ultimately fun take on the world. Her comedy covers everything from family relationships and the pure joy of pizza, to death and conspiracy theories. She has been seen on America’s Got Talent (2017) and performs at shows all over Southern California. In 2019, she was named one of Time Out LA’s Comedians to Watch and had her comedy writing featured on HuffPost. You can also catch her jokes on the Seed & Spark comedy special Everything Is Fine and hear her on the acclaimed podcast, Put Your Hands Together with Cam and Rhea. Be sure to check out her ongoing monthly virtual comedy show, Valley Girl Comedy. The show is a guaranteed good time and has had amazing guests such as Laurie Kilmartin, Subbah Agarwal, and Beth Stelling. If you haven’t yet, go follow Katrina now! 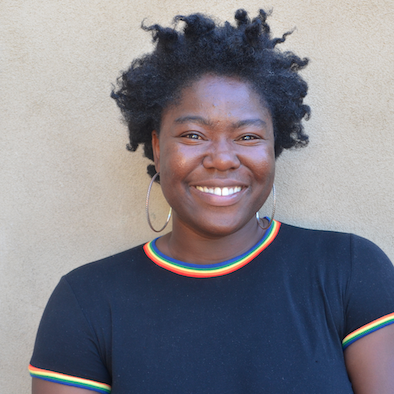 Marian Adewunmi Yesufu is a Nigerian/Ghanian-American Comedian and we are so excited to feature her! She is the founder of Black Women in Comedy Festival and the Artistic Director of Soul Sista Comedy. Before quarantine, she ran three very popular shows at legendary comedy spots such as UCB, The Pack Theater, and Tao Comedy Studio in Los Angeles. She is also known for her fun and intersectional class, Black Musical Improv, that takes you through a Blackherstory perspective of musical improv. She will continue to teach this class through the end of the year virtually through WhoHaha! We love Marian and know you will too! 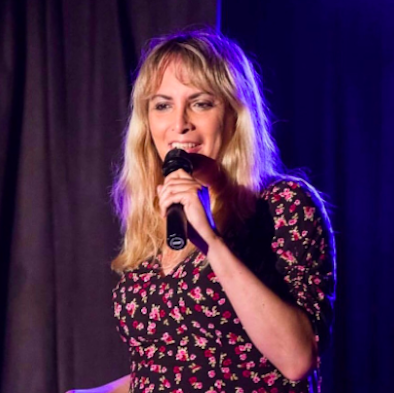 Jeena Bloom is a hysterical transgender comedian that divides her time between LA and NYC. Starting comedy a month after completing her transition, she uses standup to document the sometimes ridiculous intersection of gender, sexuality, and race in America. She has performed all over the country, in front of all kinds of audiences and made people laugh despite having a very different life than 99% of all Americans. She currently hosts the podcast Shweet! The Ladies Guide to Bro Culture, which has been reviewed in Vulture and AV Club. She also produces and hosts the shows Make It Rain and The Antidepressant Comedy Hour. Jeena Bloom periodically gives free instructional seminars for female comedy producers on how to produce and secure online comedy shows. Jeena is amazing and you all should give her a like, subscribe, and a follow! 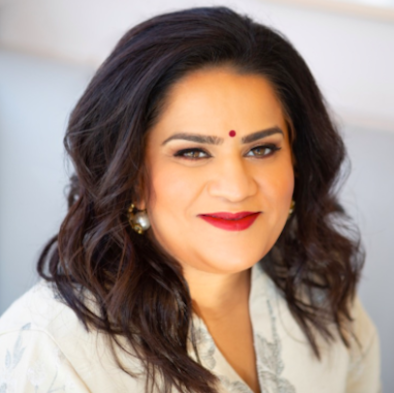 Zarna Garg is an Indian immigrant, mom, and lawyer turned New York comedian and TikTok star with more than 13 million views on the platform. She’s also an award-winning screenwriter with a movie inspired by her life story currently in development. This debut screenplay won Best Comedy Feature at the Austin Film Festival 2019 and was also a 2019 semi-finalist in the Academy Nicholl Fellowships screenwriting program. She has performed standup at sold-out clubs across the country and headlined her own show My American Dream at the famous Carolines on Broadway. Unwilling to let the pandemic stop her, Zarna has kept audiences laughing with online comedy shows (which were recently profiled in the New York Times) and impromptu sets outside major landmarks across New York City including Central Park and The Met. She is a hysterical and inspirational dream and we urge you all to follow her! 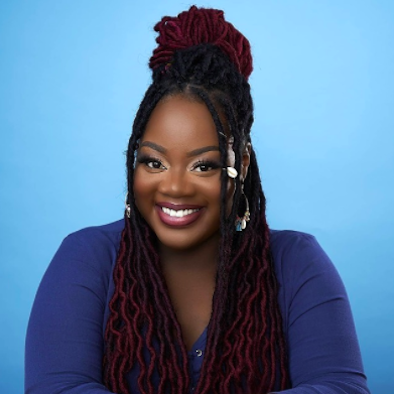 Jil Chrissie is a well known stand-up comedian in the city of Los Angeles and has been on some of LA’s top live comedy shows. In 2018 she wrote and performed a successful one-woman show called Comedy Hoe, which is a blend of standup, fictional storytelling, and poetry. Comedy Hoe was featured at the Black Women in Comedy Festival in NYC in 2019, at the Hollywood Fringe Festival, and in her hometown in Denver, Colorado. The show won the “Encore Producers” award at the Hollywood Fringe Festival and was “highly recommended” by the Denver Post. Comedy Hoe was invited for a one-off performance at The Comedy Central Stage in West Hollywood to complete a successful run. Jil will be independently reprising the show to be filmed for distribution in 2021. In August of 2020, she took her well-known passion for women rappers and created and released a podcast called She’s Got BARS, using her unique points of view to uplift and speak candidly about up and coming and established women in rap music. She will continue to spread her truth and joy unapologetically through her art to anyone who will listen. So follow, tune in, and get ready to be amazed! 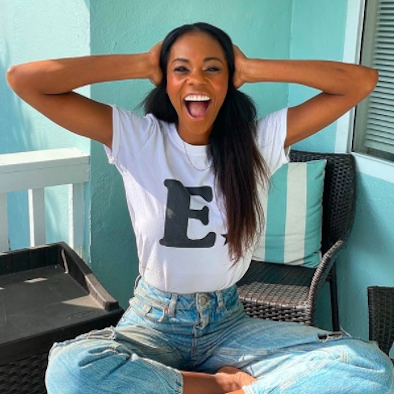 Erin Jones Wesley is a SoCal native and recent film school graduate from the American Film Institute Conservatory where she was a Producing Fellow. Erin’s most recent short she produced, Til Life Do Us Part is a dark comedy that has been chosen as an Official Selection at HollyShorts and will premiere at the virtual festival! Erin also provides color commentary for DI softball coverage of the Big West Conference for ESPN. Prior to her graduate studies, Erin co-founded a non-profit inspired by Jackie Robinson, called Club 42 which has provided over $1 million dollars in support of LA’s youth. Erin is hitting comedy out of the park, so be sure to give her a follow! 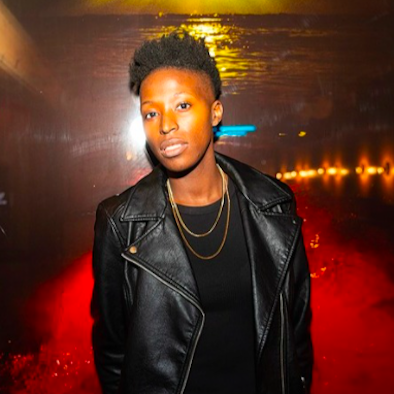 Alysia Brown is a side-splitting comedian from South Bend, Indiana who is currently running the comedy scene in Brooklyn, NY. Alysia started doing comedy in Los Angeles and has performed all over the city including, the Comedy Store, Hollywood Improv, and many popular alt shows like Hot Tub with Kurt Braunohler and Kristen Schaal. She was most recently in the 208 Comedy Fest, in Boise, Idaho and was featured in Vulture. As a Music Supervisor and Producer at Jingle Punks an Anthem Company, Alysia was able to develop and create a scripted podcast produced by iHeart Radio, titled Tampon Rock. It will be premiering December 3rd. We think Alysia is great and know you will too! 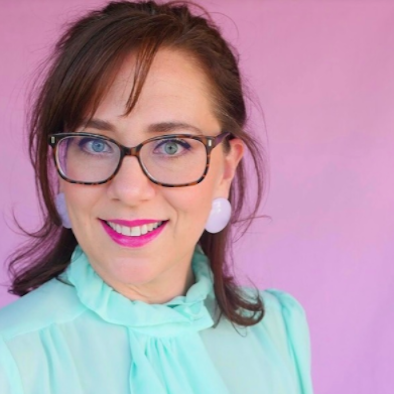 Amber Preston is an uproarious comedian and actor. She has earned her acting chops by appearing on national commercials for Buffalo Wild Wings and Booking.com. She has performed at numerous festivals from Sketchfest to Gilda’s Laughfest, where she not only had amazing sets but was awarded “Best of the Midwest”. She was recently featured on Marc Maron’s Five Comedians to Watch list for Vulture and was a guest on his wildly popular podcast, WTF. Along with hosting Los Angeles shows The Cut and Punchline Punchout at the Hollywood Improv, she recently recorded her debut album Sparkly Parts on Stand Up! Records. Show Amber some love! 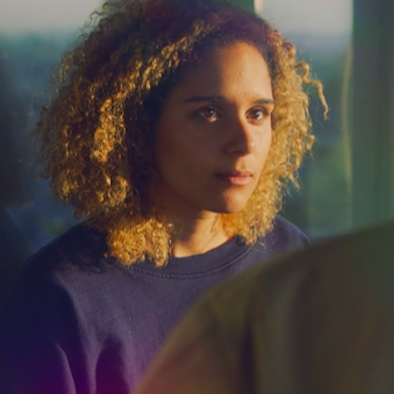 Ellington Wells is a writer and stand up comedian based in Los Angeles who likes to push the boundaries of (fe)male comedy. She has written on Comedy Central’s The New Negroes and Adult Swim’s Lazor Wulf. She also co-wrote and co-starred in the short film, Sixteen Thousand Dollars that is currently touring the festival circuit and has won Best Comedy Short at Queens World Film Fest and Programmers’ Best Short Narrative at Pan African Film Fest. WhoHaha has been happy to share her sketches and shorts such as Rave Reviews and Guess Who’s Coming to Zoom and we are so excited to feature her now! Be sure to watch all of Ellington’s work and continue to follow her career! 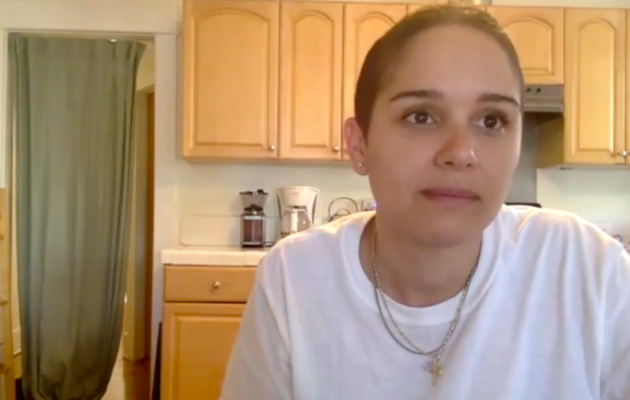 Guess Who is Coming to ZOOM!