It’s the freakin weekend, baby we’re about to have us some tweets!

Oh we’re keeping count? No one told us we have to keep count?!?!?

Intriguing when they lower the lights in a restaurant, & force you to consider your dinner companion in a romantic way, even if it’s a book

Real talk: there are books that are sexier than 90% of Tinder randos.

He wasn’t shy about it either pic.twitter.com/iFoVTtEfut

A hotdog isn’t a sandwich it’s a taco.

Lifetime: Television for Women pushing other women over balconies and down stairs to preserve their tangled web of deceit

If only all shows were this relatable…

Can’t wait for that track to drop!

Conversations between family members and me about whether or not I’m still single pic.twitter.com/HAHyNJjkUp

Damn, this one is maybe too real.

when the beat drops pic.twitter.com/LuLbAx6JuJ

Up in the club, communicating with aliens, killing that mini skirt.

If I ever say I’m looking up a recipe, I’m not. I’m googling how to hard boil an egg again

If it’s always third in your search history does that mean you’re a bad person?

An extremely accurate description of what it’s like to hook up with me pic.twitter.com/z1UTr7FjBI

I used to think English accents were special before YouTube.

Yeah and we also used to believe in Santa Claus. Children are stupid.

Waiting for Hillary to tweet Donald “TURN YOUR LOCATION ON BITCH!” So that I’ll know Armageddon is nigh.

So ready for this election to fully turn into 8th grade.

18 years later, which Sex and the City character are you? I am the myth that writing one weekly column can financially sustain you.

Also that one column can buy a closet of Manohlo’s, Carrie really ruined adulthood for us. 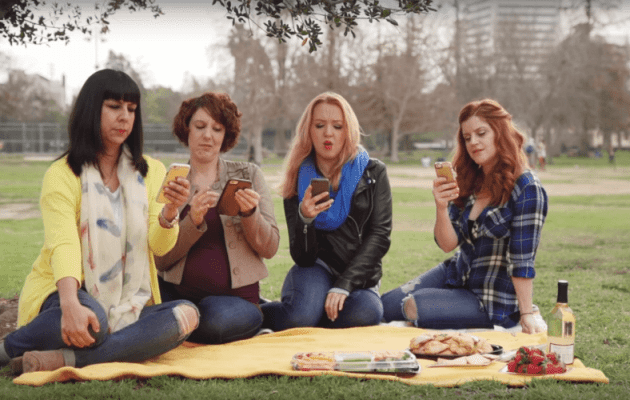