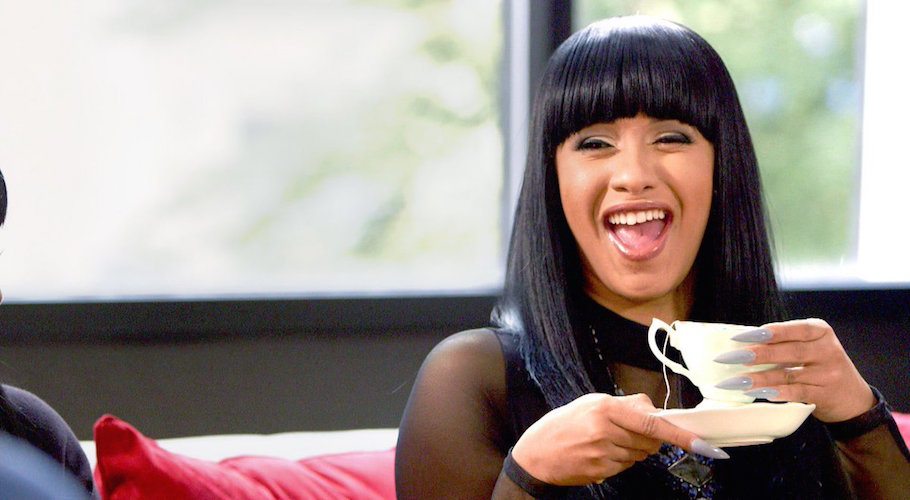 Happy 2018! Looks like this year is gonna be a whole new start, the year that we finally overcome sexism and racism and all the –

(pauses to take a look around)

Ok nevermind same old shit. The good news is, we have hilarious tweets from wonderful women to see us through! Read, laugh, love, hope nuclear war doesn’t kill us all.

Dudes: Don’t be so sensitive! Comedy is just words! They can say what they want! If u don’t like it, just ignore it!

Women: That joke was misogynist trash.

Dudes: HOW DARE U? STOP CENSORING COMEDIANS! YOUR WORDS ARE KILLING THEM! BE SILENT ABOUT THEIR WORDS OR COMEDY WILL DIE

Got a bunch of New Year’s resolutions I didn’t end up going with, if you want to buy the rights to one of them DM me pic.twitter.com/OKe5D9CNBe

— Michelle Spies It’s Not Pronounced How You Think (@spies_please) January 1, 2018

This is the cutest “nope” I have EVER seen. pic.twitter.com/jKETIdpElp

My goal weight is “buys unflattering pants on purpose.”

Can’t wait till weed is legal and Soccer Moms ruin it with pillows that say things like “it’s pot o’ clock” and “don’t talk to me until I’ve had my lound.”

The worst things in life are also free.

For best results, get Morgan Freeman to read the Fire and Fury audiobook and add airhorns

Life is not about the breaths u take but the number of times u gasp in shame remembering a faux pas u committed 7 years ago that surely only u remember but u convince yourself the other person remembers too and then it’s just sort of like, why bother getting out of bed today it’s

How will the Bachelor ever choose which Blonde Ombre Woman to make his wIFE????? pic.twitter.com/JgmIFMbmIS

I named my son Jenga so he always remembers that even though I built him to be a strong boy, I could accidentally destroy him at any moment.

?WELCOME TO THE JUNGLE / WHERE EVERYONE KNOWS YOUR NAME AND THEY’RE ALWAYS GLAD YOU CAME ?

I’ll save you some time: in Downsizing — the movie where people are shrunk down to the size of a penis — no one puts a shrunken person in their hole or even talks about it

being alone with your thoughts is lava!!! we have to jump from podcast to podcast to survive!!!

What Every Real Feminist Needs To Know