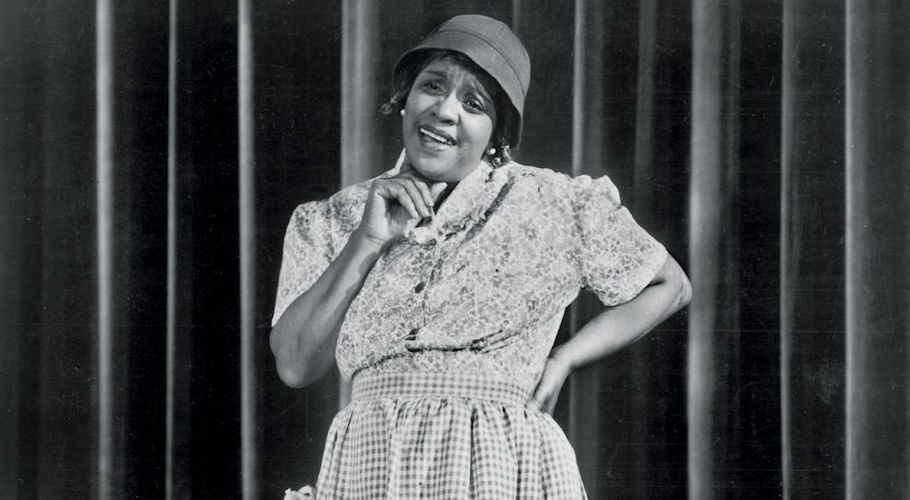 Lotta talk in the news about women in comedy, and how it’s the greatest ever time for funny broads. And that’s probably true! But if we’re having a gal-aissance, we owe it to black women.

Black female comedians have trailblazed all along. They overcame quadruple the prejudice to create incredibly funny stuff, and they often don’t get the recognition they deserve. So here’s us, hopefully introducing you to some black comedians who made history. Watch these funny women slay the game, roll around on the floor laughing, and then remind everyone where that amazing vagina joke REALLY came from.

There would be no stand-up comedy without Moms Mabley. That’s honestly not an exaggeration – she pioneered the form on the vaudeville Chitlin circuit, played for diverse audiences, and was pretty often billed as ‘The Funniest Woman In The World’. She was also out as a lesbian ever since the 20’s, though she did pretty straight material in the more buttoned up 50’s and 60’s. She was brave as hell and her sets are still insanely funny.

African-American actresses haven’t had a ton of opportunities to be character actors with lots of diverse roles (#OscarsSoWhite). But Marla Gibbs did everything from Blaxploitation movies, to The Jeffersons, to frikkin Scandal. SCANDAL, PEOPLE! She also released a ton of jazz albums, and was just generally outrageously talented.

She def doesn’t get enough credit, but Mo’Nique is the whole package. She’s a phenomenal actor (cough cough Precious), a successful daytime talk show host, and a crazy funny stand-up comedian who came up through the boys club of Def Comedy. She’s a bamf.

Whoopi’s been divisive since way back. But there’s no denying that she’s had an incredible career, from stand-up to tv to movies to legitimate theatah. Plus she’s been an activist for LGBT rights since the 80’s. Also? Whoopi has been going AWF on Trump on The View lately and it’s very spiritually nourishing, highly recommend.

It’s easy to forget now that Wanda Sykes started out as a writer. But long before Tina was on Weekend Update, Wanda made the jump from NSA employee to writer on the Chris Rock show to starring in her own sitcom. She’s also been a huge supporter of human and gay rights. She’s all around awesome, honestly.

Vance made her way up the ranks of sketch comedy when it was barely a thing, and was the first black female repertory player on SNL, as well as it’s first lesbian cast member. When they gave her nothing but shitty stereotyped roles, she got the hell out of there. And while she passed away way way too young, she made a huge mark with her film roles, theatre performances, and trailblazing one-woman show ‘The Radical Girl’s Guide to Radical Mastectomy’.

You are NOT ready for LaWanda Page. She played the godly Aunt Esther on Sanford and Son, and she kind of pioneered the ‘family friendly on tv, filthy as all hell in her standup’ comedy route. Like, seriously, if you’re at work right now you need headphones to listen to this one. LaWanda did not hold back.

Before Snoop was on Starsky and Hutch, before Eminem made 8 Mile, Queen Latifah absolutely smashed the transition from rapper/singer to comedian/actor. She was a pioneer feminist and hip hop, and she definitely brought that to Living Single and her other early tv work. She’s sold 2 million records worldwide, she’s got an Emmy, a Grammy and a Golden Globe, and she’s everything we aspire to.