This calls for a hearty round of YAAASSSSS. Comedy Central just announced their lineup of stand-up specials that will be dropping in 2017, and more than a third of the list is women. We’re doing it, y’all!! We can’t wait to see every single one of these, but while we wait let’s enjoy a lil appetizer sized portion of each comic on the list.

Lashonda Lester can make anything funny. And yeah, that includes slut-shaming and bitcoins and kidney failure. Her punchlines are unparalleled, and her stories are just the right amount of insane. Her comedy is edge-of-your-seat funny and incredibly well written, and we’re stoked to see more of her.

Jo Firestone is a New York-based comic who’s done everything from network tv (cough cough The Tonight Show) to creating a punderful card game based on her popular live show. And yeah, her stand-up is incredible. But the best introduction to Jo might be her Ted Talk about how everyone is terrible and that’s actually great.

There’s nobody like Sam Jay in the whole comedy game. Her material can go from dirty to thoughtful in a split second, her dry delivery kills us every time, and she can slide with ease from a race joke to a dick joke. What we’re trying to say is that Sam is the whole package.

Yamaneika has definitely put in her time on the comedy grind. And you can tell from her perfectly crafted stand-up. She also has an absolutely hysterical podcast that we’re obsessed with.  So to start off your Saunders fandom, you need to watch her absolutely destroy fat-shamers at the beginning of this video, then pick up her regular set like a dang comedy wizard.

We’ve been Jenny fans since way back, and we couldn’t be more excited to see a whole half hour from this high-energy comic. From her show The Filling Is Mutual to her take-no-prisoners live shows, we’re Team Jenny for life. 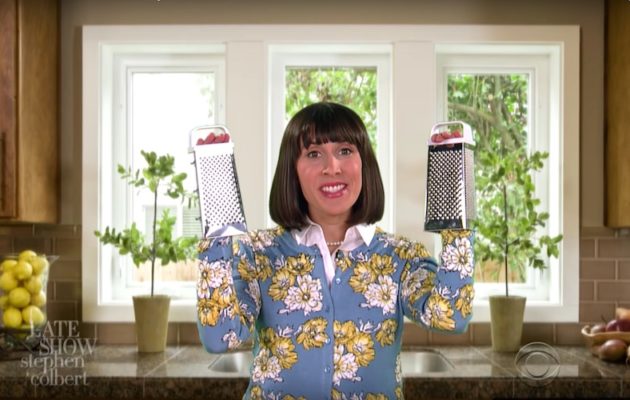 No Healthcare? No Problem!