A Very Bad Thing that happened recently is that some bro with a microphone from the O’Reilly show went into New York’s Chinatown to interview folks there about the election. They played clips from racist movies, the mic bro did karate chops, he interviewed a sweet old lady in a language she didn’t speak. It sucked.

But a Very Good Thing that came out of it is this hilarious parody from badass LA-based comedian Jenny Yang. She took her mic to the sordid streets of Beverly Hills to ask white voters some very pressing and important political questions. It’s funny and sharp as hell. Take a note, O’Reilly bros. THIS is satire. 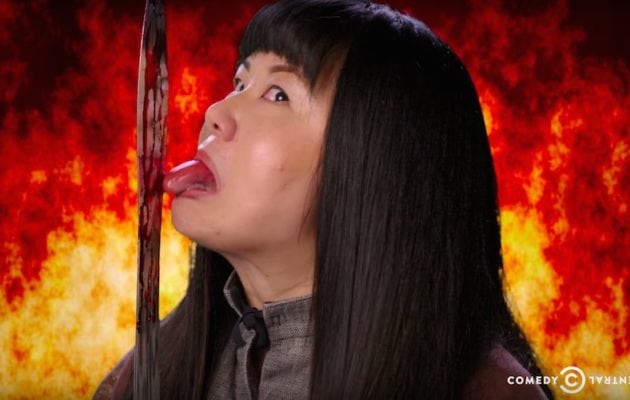 Are You Watching Badass Bitches Of History??