With the release of her insanely funny new movie Cook Off!, we got a chance to interview the creator and star Cathryn Michon. You might know her from her hilarious touring stand-up performance The Grrl Genius Club or the film Muffin Top: A Love Story, in which she starred, wrote and directed. Cathryn sat down with WhoHaha creator and comedian Reem Edan to talk about food, comedy, and never giving up.

Reem: Hi everyone, this is comedian Reem Edan, and I’m working with Whohaha to interview Cathryn Michon, who is the writer, director, and star of the hilarious movie Cook Off!, which is in theatres.

Cathryn: Funny, sweet, and appetite-suppressing. I know that’s a compound word, honestly the food in Cook Off! could help you lose weight.

Reem: What’s the most rewarding thing about writing, directing, and starring in your own movie?

Cathryn: I love being a woman filmmaker because I get to tell stories with female characters who, you know, even slightly resemble the real women I know in real life who are so amazing. It’s the greatest privilege in my life.

Reem: Who do you think would win in a real life cook-off: Melissa McCarthy, or Niecy Nash?

Cathryn: There’s no question in my mind that in a real life cook-off, Melissa McCarthy’s recipe would win. Because it has the most sugar. Sugar is the secret ingredient.

Reem: If you had to live off one dish for the rest of your life, what would it be? For me, it would be fro-yo.

Cathryn: If I had to live on one dish for the rest of my life, it would be Julia Child’s chocolate mousse. Because that’s the best thing that’s ever been in my mouth.

Reem: What would you say is the funniest scene in Cook Off?

Cathryn: The funniest thing to film in Cook Off was my kisses with Gary Anthony Williams because they were, oh you know, awkwardly hilarious.

Reem: What’s been one of your most memorable moments in your stand-up career?

Cathryn: Without question, the greatest moment in my stand-up career has been performing at the Montreal Comedy Festival and having Joy Behar come up afterwards and tell me I was funny! It meant the world to me.

Reem: Do you have any advice for up-and-coming comedians?

Cathryn: My advice to female stand-up comedians is really, really simple. Don’t quit.  If you love it, don’t quit. It gets better, and you’ll be glad you didn’t quit.

Reem: Alright, fill in the blank: I’m a badass because ___

Cathryn: You know why I’m a badass? Because I don’t quit. Getting an independent film across the finish line is hard. But I don’t quit.

Reem: Alright thank you so much Cathryn, this has been awesome. Guys, go see Cook Off!, it’s now in theatres and it’s hilarious. Starring Melissa McCarthy, Cathryn Michon, Niecy Nash, and a bunch of other hilarious people. Go watch it, there’s nothing better. Bye! 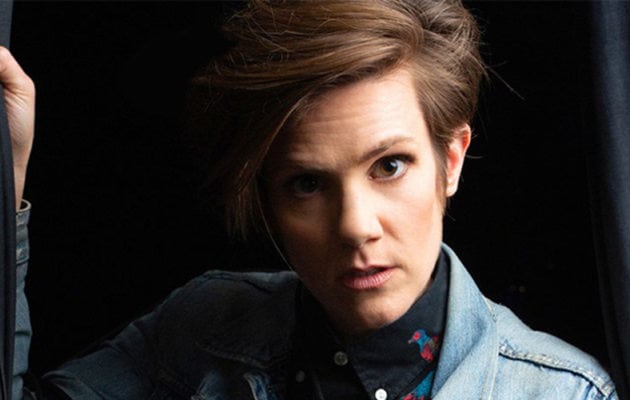