Another week, another group of funny women absolutely slaying the game in 140 characters. Truly, we are blessed to be living in the age of the internet.

Read these funny tweets, laugh so loud you freak out everyone in your office, and don’t forget to share with your friends.

She’s a freak in the sheets and lady who doesn’t give a fuck what you think of her sex life in the streets you judgmental asshole.

Let’s all be freaks everywhere! Let your freak bra fly!

YOWZA could someone please send this tweet to the president, hopefully his head explodes.

Today I’m going to focus on one thing & not get overwhelmed. Although feeling overwhelmed feels like one thing so I’ll probs focus on that.

teach a fish to man and dear god what is that thing, what has your hubris wrought

World, may we present to you the weirdest ever tweet.

Well if you wanted to pay your $20,000 medical bills so badly then why’d you add avocado to your sandwich for $1.25

You could have had oncological radiation but nooooo you needed avocado!

Hahaha wife me up!!!

Now that the Statue of Liberty is dark, there’s no way they’re letting her into the U.S.

We nominate Amber for president of everything.

Wish more people were just like “Ya I 100% deserve this award” and then did the worm all the way off the stage.

Love is real, love is pure.

a team of doctors and wizards is flat lining me so my soul can travel to hell and kill him again, sending him to super hell https://t.co/XEOgdLm4Mf

She’s the hero we need. She’s… The Bigot Smasher.

My baby shit six times today… oh how I envy her.

Your baby seems trill as heck. 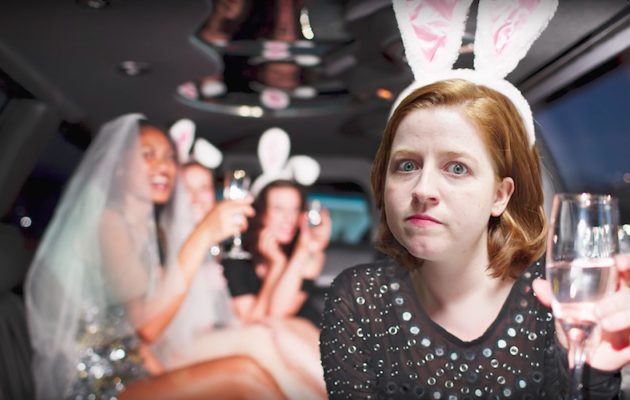 Just Say No (To Being A Bridesmaid)