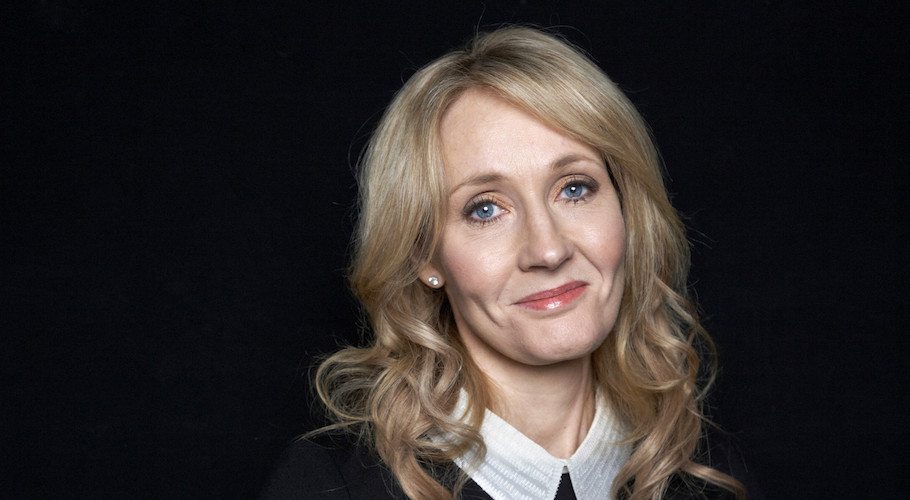 Alright we need to talk about Joanne for a minute. In these dismal ass times, she is the light that burns in the darkness of Twitter, the champion of all that is shady and great.

Well, the fumes from the DVDs might be toxic and I’ve still got your money, so by all means borrow my lighter. pic.twitter.com/kVoi8VGEoK

DAMN that is salty. Salty and delicious. Also another case in point:

Guess it’s true what they say: you can lead a girl to books about the rise and fall of an autocrat, but you still can’t make her think. pic.twitter.com/oB7Aq6Xz8M

But the truth is, Rowling’s Twitter account has always been a thing of beauty. She does NOT put up with bigotry or injustice, and she fights back with some mighty powerful jokes. So here are a few more glorious tweets from the queen of funny and righteous burns.

.@aboymadeofsky No, Jonathan, I’ve never made a single decision in my life on the basis of whether it was cool.

The ONLY way to live.

Well, there you have it. A highly intelligent, experienced woman just debated a giant orange Twitter egg. Your move, America. #debate

This honestly should have ended the whole nightmare right there, frankly.

Death Eaters walk among us. https://t.co/tqKq1anHpf

And they are so much lamer in real life.

@ChrisDarroch2 and you can’t spell “Slytherin”.

Never has a spelling burn been so effective.

.@diegtristan8 “she is built like a man”. Yeah, my husband looks just like this in a dress. You’re an idiot. pic.twitter.com/BCvT10MYkI

Wish she would ride up like a white knight for all our favorite athletes and actors.

I was born Christian. If that makes Rupert Murdoch my responsibility, I’ll auto-excommunicate. http://t.co/Atw1wNk8UX

This is the perfect counter-argument to that dumb ass point.

.@WBCsigns Alas, the sheer awesomeness of such a union in such a place would blow your tiny bigoted minds out of your thick sloping skulls.

P sure this dude needed aloe more than he needed a wang pump after this.

.@realrossnoble Classic case of a Hufflepuff trying to be edgy. Be who you really are, Ross.

1) I haven’t handed in ANY kind of novel to my publishers. I’m only half way through my current book. 2) It isn’t a ‘romantic’ novel.

And 3) (brace yourselves) I sometimes have a drink even when I haven’t finished a book. Yes, that’s how rock and roll I really am.

Honestly she is a perfect person and we couldn’t love her more.