You’re so good at voting.

So you admit it, you’re really good at voting? If Mean Girls taught us anything it’s that you don’t want Regina George to catch you being weak, and know what’s weak? Not voting. The only way to vote is to make sure you are registered by the voter registration deadline. Don’t know when that is or all the nitty-gritty facts about voting? Well, you are in luck because this Mean Girls parody is about to lay it out for you!

WhoHaha is a place for women+ to come together and create hilarious works! Our community allows for filmmakers to source women+ crew and talent through our Collabs. In honor of the community coming together and making great work, this video is part of our Powered by WhoHaha Creators: a special feature celebrating work created from community collaborations.  Mean Grils Vote parody was put together by Carmen Mendoza & Rachael Burke and hired fellow WhoHaha Community member Eliana Zebro to do sound.

If you have made a sketch sourcing collaborators through a Collab then we would love to see your work! You can submit your video here. 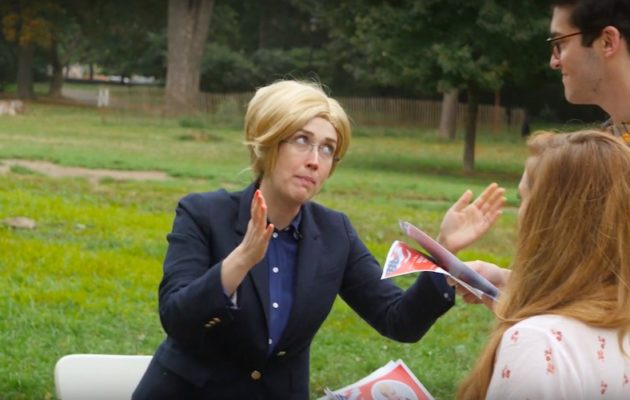