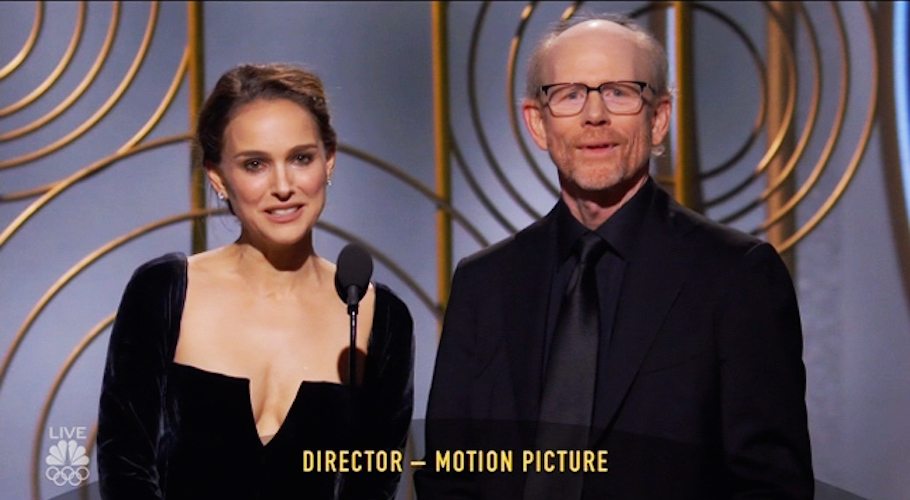 Is anyone else still hype as hell from the Golden Globes? Pretty sure we’ll be spending the rest of 2018 like…

May all-male director lineups and sexist douche bros be a thing of the past! And if you’re feeling fired up and ready for some female funny, let these hilarious tweets give you what you need.

People thought having to explain homosexuality to their kids was hard, imagine your kid hears Trump call third world countries “shitholes” and now you gotta teach your kid the complexities of historical government involvement and its economic effects in underdeveloped countries.

Dude At Bar: “Are your glasses a fashion thing or real?”

Me: *removes glasses and tries to navigate her way to the exit through all the smudgy haze that is life without glasses while yelling-* “IT’S ALL FASHION, BABY!!”

My 2018 mood board consists solely of the “bitch I’m gonna do it” and “bitch I did it” look on Natalie Portman’s face pic.twitter.com/jXnCi2rpRy

i love talking shit* with my girls**

*about the way i deserve to be treated
**therapist

Eating with my sister. We hear a gasp: “Girl, that is Shonda Rhimes.” Her friend doesn’t look up from her plate:”Fool, that ain’t Shonda Rhimes. What the hell would Shonda Rhimes be doing in Chili’s?” You can take a girl out of the Midwest but don’t come for her baby back ribs.

It’s funny that in movies if you’re evil, so is your horse

How I sleep knowing that the lord has watched everything that men have done to me and they’re all gonna burn in hell pic.twitter.com/jI0cUed3X8

Them: My goal is to finish two marathons this year.

Me: My goal is to finish putting away the clean laundry the same day that it gets washed.

Did you ever think that maybe Garfield hates mondays because JON has to go to work?

The news in a nutshell. There, you’re caught up. pic.twitter.com/ayb2fsjXZK

The best shapewear for feeling ten pounds lighter is wearing the skinsuit of your ex.

Wanna hang out while I’m doing Whole 30? I can eat 5 whole things and cry 30 different types of tears.

Them: What would you do with a million dollars?
Me: Pay off student loans.
Them: And with the rest?
Me: lol “the rest.”

No. LA hasn’t changed me. pic.twitter.com/02ILG18QjY

Him: What are you thinking about?
Me: (wishing I could eat some of Cyndi Lauper’s hair to see if it tastes like cotton candy) Oh, just us.

when a man approaches you at the bar pic.twitter.com/SFkzzUWawX