#152 Whitmer Thomas: I Photoshopped My Bank Statements To Get Housing

#152 Whitmer Thomas: I Photoshopped My Bank Statements To Get Housing

You Can Tell Me Anything

In this episode, comedian Whitmer Thomas confesses that for most of his adult life, he had to photoshop bank statements to afford an apartment in Los Angeles while pursuing comedy. We discussed how landing an HBO special right before the pandemic affected him, how he navigated being a newcomer on the LA scene when he first moved here from Alabama, and more. Watch Whitmer's special The Golden One on HBO! 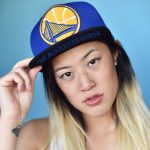